Doctor treating Hackensack Zika baby: 'It's time for us to do something' 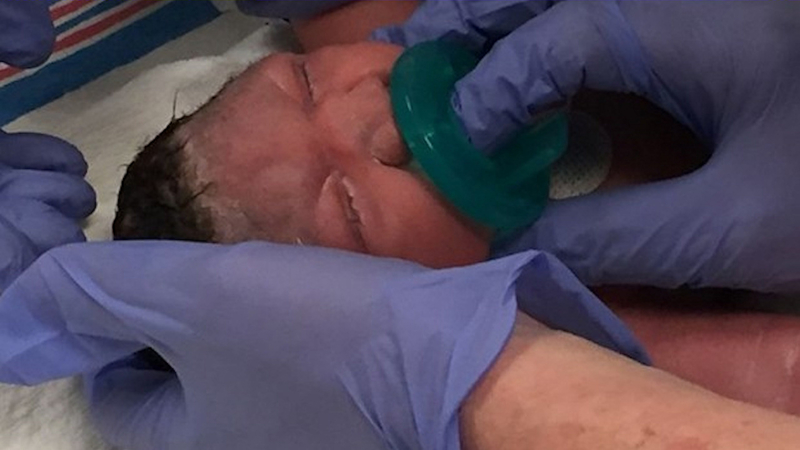 Doc treating NJ Zika baby: 'It's time for us to do something'

HACKENSACK, New Jersey -- A Honduran woman infected with Zika gave birth in New Jersey to a baby girl with birth defects caused by the virus, her doctor said Wednesday.

The infant is the second born in the United States with birth defects from the mosquito-borne virus. The first was born in Hawaii to a woman who had lived in Brazil, where the Zika epidemic began in the Americas.

The hospital released a photo of baby Wednesday, as seen above.

The doctor said the 31-year-old mother was diagnosed with Zika in her native Central American country, where the virus has spread. She traveled to New Jersey, where she has family, to seek further treatment, he said.

Al-Kahn said the mother had a normal ultrasound early in her pregnancy, and that another one last week showed birth defects, including microcephaly, in which the baby's head is smaller than expected because the brain hasn't developed properly.

"It was very sad for us to see a baby born with such a condition," he said.

Al-Kahn said the prognosis for babies born with microcephaly, which also can signal underlying brain damage, is "generally very poor."

The mother is "hanging in there" said Al-Kahn. "But of course what human being isn't going to be devastated by this news?"

The Zika virus causes only a mild and brief illness, at worst, in most people. In April, the Centers for Disease Control and Prevention said there was enough evidence to declare that Zika causes microcephaly and other brain defects.

Ten countries have reported cases of microcephaly linked to Zika, which is spread primarily through mosquito bites and can also be transmitted through sex. The baby born in Hawaii also had microcephaly.

The CDC and the World Health Organization have recommended that pregnant women avoid traveling to Zika-affected countries.

So far, all the nearly 600 cases of Zika infection reported in the United States have been connected to travel to outbreak areas - none were locally transmitted. Of that tally, 168 are pregnant women. The CDC has not released details about those pregnancies or any outcome.

Scientists are still trying to determine how risky a Zika infection is for pregnant women. In a study last week, CDC researchers estimated that the risk of microcephaly is in the range of 1 percent to 14 percent.

While Al-Kahn described the New Jersey case as "absolutely devastating," he said he hopes it will serve as an "awakening call" for the country to take strong measures to prevent the disease.