TRIBECA, Manhattan (WABC) -- One person is dead, another is under arrest, and two suffered minor injuries in a multi-car crash that flipped one vehicle, which then burst into flames, in Manhattan Saturday morning.

Officials said at least three cars crashed in the northbound lanes of West Street near Laight Street in TriBeCa just before 7:30 a.m.

Police said a witness had reported a black Audi driving fast in and out of traffic. The Audi, driven by a 37-year-old man, struck a Honda CRV operated by an adult female. The CRV overturned and burst into flames, killing the female driver. Dashcam video shows the burning CRV sliding across the road through traffic.

Horrific deadly crash on West Side Hwy NB in TriBeCa...Dashcam video just obtained by @ABC7NY shows the car moments after it was hit, on fire and swerving in traffic before coming to a rest at the Hubert St intersection. Courtesy: Prince Khanvpure pic.twitter.com/viDkhUkBlq

The 37-year-old man attempted to flee the scene on foot with his Rottweiler dog, but police apprehended him. The suspect was treated at Bellevue Hospital in stable condition, and the dog was taken by animal control.

Charges against the suspect are pending.

A white pickup truck, a Hyundai and two parked vehicles were also struck. The drivers of the truck and Hyundai, a 28-year-old man and 68-year-old woman, respectively, were injured and hospitalized in stable condition.

The overturned vehicle was still smoldering hours later as authorities put a tarp over it, indicating the fatality was still inside.

Video from Citizen App shows the Audi with a crumpled hood on West Street and emergency responders carrying a person on a stretcher.

The victims' identities have not been released, and the cause of the accident is under investigation.

West Street was closed northbound at Hubert Street, and there are southbound lane closures. Detours were put in place, but there were heavy delays near the crash scene. The scene has cleared, and all lanes have since reopened. 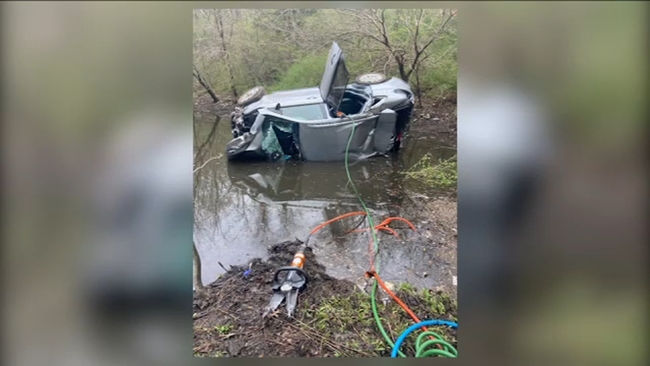 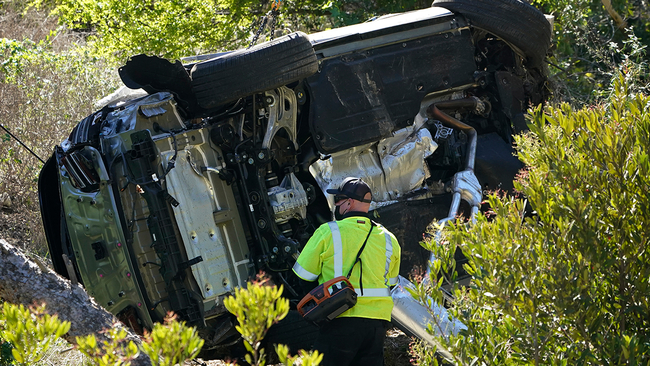