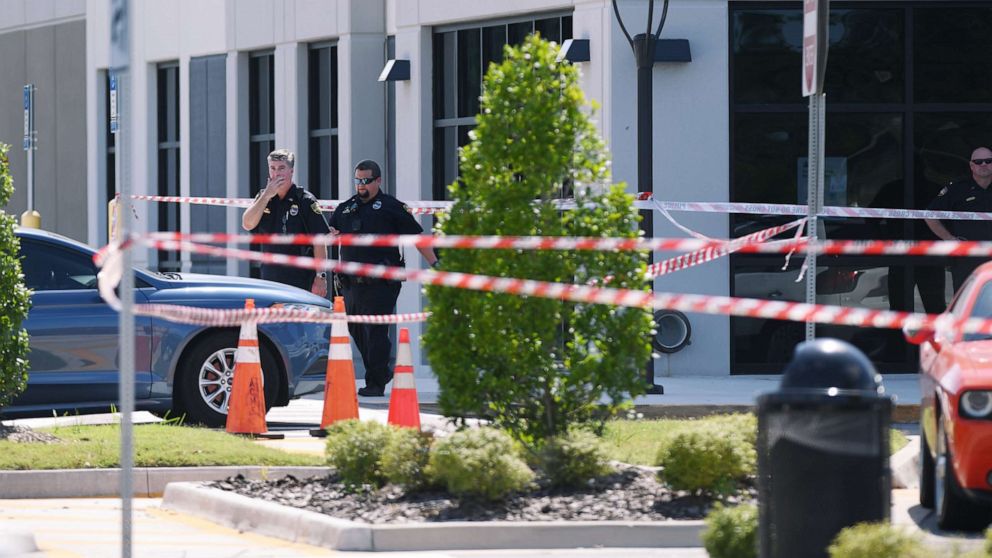 One person has been killed and another two injured in a shooting outside an Amazon fulfillment center in Jacksonville, Florida, police said.

Police said that two male suspects exited a silver vehicle and started shooting at a 20-year-old man who was standing on a job application line outside the center. The two suspects then ran back to the car, where a driver was waiting, and fled the scene, police said.

The 20-year-old man died in what police said was a targeted shooting. They are working on establishing the motive.

The Jacksonville Sheriff's Office released a photo of the third suspect's silver vehicle.

Two other victims, a 29-year-old man and a 22-year-old man, were grazed by gunfire and were treated by responders at the scene, police said.

Amazon officials said they immediately locked down the building to ensure the safety of those inside. The company also said it was offering counseling and support at the building.

The incident did not appear to involve Amazon employees, police said.

"This is a terrible tragedy," Amazon spokesperson Timothy Carter said in a statement. "Our thoughts and prayers are with the victims and their families, and all those who have been impacted by this incident. We are working closely with the Sheriff as they investigate."
Report a correction or typo
Related topics:
abc newsnational
Copyright © 2020 ABC News Internet Ventures.
More Videos
From CNN Newsource affiliates
TOP STORIES