2 shot, injured in front of Brooklyn restaurant; suspect on the loose: Police 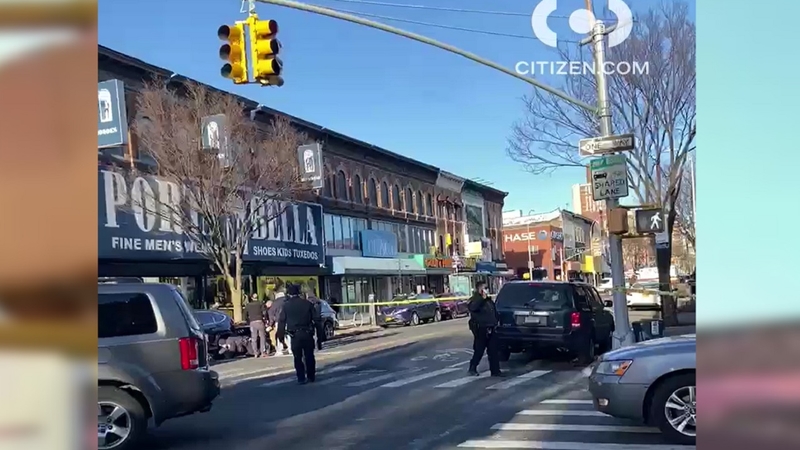 BROWNSVILLE, Brooklyn (WABC) -- Two people were injured after they were shot in front of a restaurant in Brooklyn, police say.

The shooting happened just before 5:30 p.m. Monday near Pitkin Seafood on 1670 Pitkin Avenue in Brownsville.

Police say a 28-year-old man was shot in the foot while leaving the restaurant.

A 53-year-old woman standing in front of the restaurant suffered a graze wound to her arm.

Both victims were taken to Brookdale Hospital in stable condition.

The suspect fled northbound on Chester Street - it is unknown if he fled in a vehicle or on foot.

Police say he aimed to shoot into the location from outside.

It is unclear if the victims were the intended target.