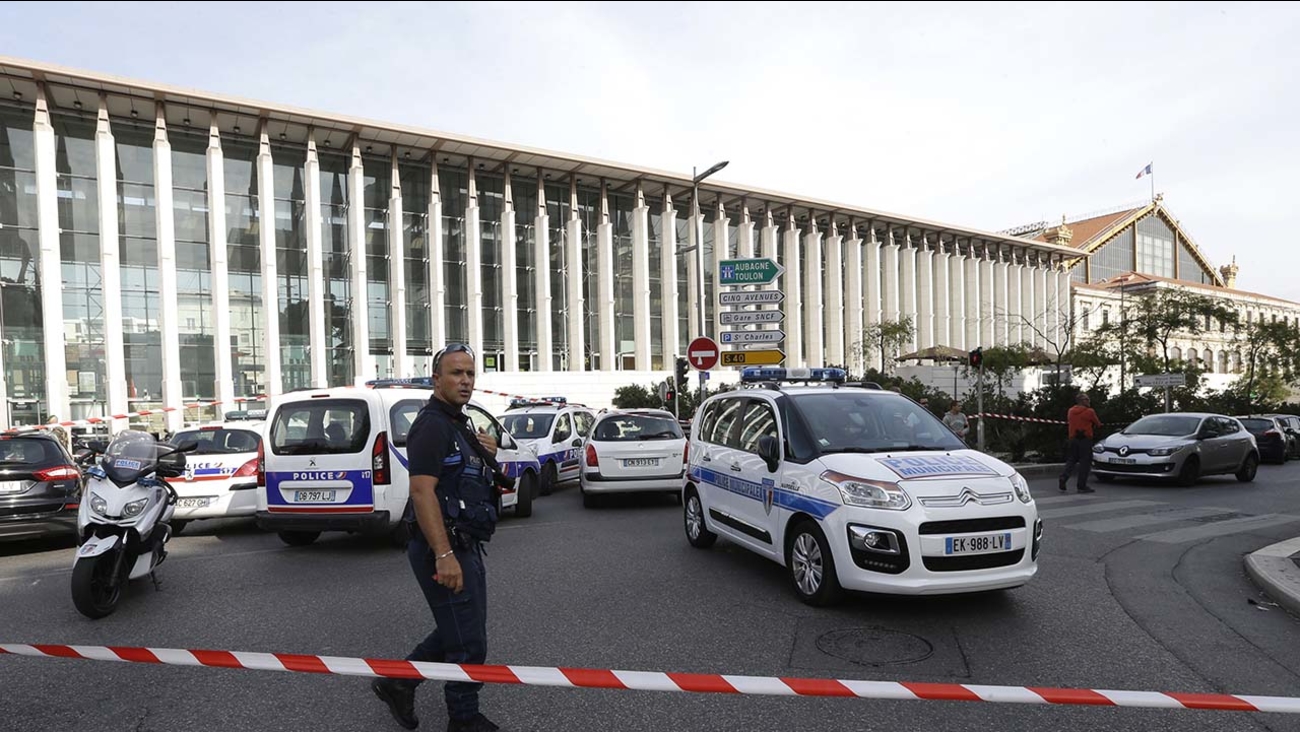 MARSEILLE, France -- A man with a knife attacked people at the main train station in the southeastern French city of Marseille on Sunday, killing two women before soldiers fatally shot the assailant, officials said.

French police warned people to avoid Saint Charles train station, tweeting that an operation was underway. Soldiers and police took up positions outside the station, which was evacuated.

Three police officials said one woman was stabbed to death. Two of the officials said the other woman's throat was slit. The assailant was shot dead by soldiers who were patrolling inside the station. The officials were speaking on condition of anonymity because they weren't authorized to speak publicly about the operation.

The Paris prosecutors' office said that a counter-terrorism investigation has been opened. No further details were immediately given, including the motive for the attack. Interior Minister Gerard Collomb tweeted that he would travel to the scene.

Earlier this month, four American college students were attacked with acid at the same train station in Marseille. At the time, French authorities said the assailant was suffering from a mental illness.
Report a correction or typo
Related topics:
stabbingtrains
Copyright © 2021 by The Associated Press. All Rights Reserved.
TOP STORIES
How NYC and the Tri-State are celebrating Juneteenth
George Floyd statue unveiled in Brooklyn
AccuWeather: Humid with PM storm, air quality alert issued for Long Island
Will NYC, Tri-State area be impacted by Tropical Storm Claudette?
Biden family dog Champ dies
What to know about voting in NYC's mayoral primary
NYC elections: What is ranked choice voting?
Show More
Kids dive for cover as gunman opens fire on NYC sidewalk
Shooting spree suspect thought people were after him for prior shooting: Police
Dazzling Durant, hobbled Harden lead Nets into Game 7 vs. Bucks
Islanders, down 2-1 vs. Lightning, looking to bounce back once again
COVID Updates: Canada, US extend border restrictions until July 21
More TOP STORIES News