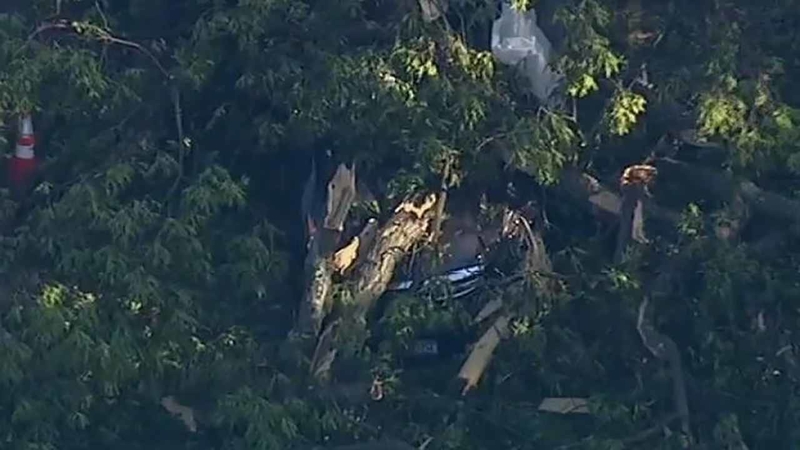 UPPER NYACK, Rockland County (WABC) -- A 80-year-old man was killed when a tree fell onto his car in Upper Nyack Thursday morning.

The victim, Jerome Muhlenberg, was found around 7:30 a.m. on North Broadway in front of the Upper Nyack Elementary School. Clarkstown police say the 2012 Honda Accord was completely covered by the fallen tree, and Muhlenberg was pronounced dead at the scene.

"Not a breeze out there today," Captain Anthony Ovchinnikoff said. "We don't know why. But it's a large tree, an old tree, but we don't know why it came down."

The elementary school canceled classes for about 400 students who were set to begin their day about 45 minutes after the accident. They were sent to Nyack High School.

"How many times did we spend time picking up our kids, dropping off under that tree, kids playing under it?" area resident Max McClintock said. "If that would have happened just a little bit later, you would have had a line of cars on Broadway dropping off their kids."

Muhlenberg lived about a mile from the scene. The retiree was married and was active in the community.

"He volunteered in the local schools, he taught kids who were having trouble in school," friend Doug Hostetter said. "He did everything he could to help other people."

Accident reconstruction teams remained on the scene for hours, and crews removed the tree and hauled the crushed car away. Then, as a precaution, another decades-old tree next to the one that fell was also taken down.

Orange and Rockland utilities were working to clean up downed wires that temporarily cut off power to the area.