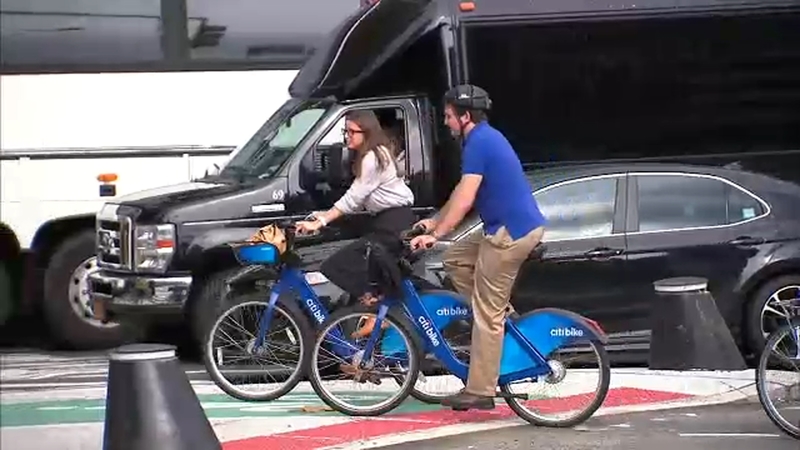 MIDTOWN MANHATTAN (WABC) -- The new bike lane through one of New York City's most dangerous intersections is now complete.

A ribbon-cutting ceremony Friday morning celebrated the opening of the Second Avenue bike lane between 68th Street and 59th Street. This means the avenue now has an uninterrupted bike lane from 123rd Street down to 43rd Street.

Officials said finishing this segment of the bike lane at the foot of the Queensboro Bridge will dramatically improve the safety of thousands of cyclists every day. They hope to one day extend the bike lane down to 34th Street.

"Trying to get past 59th used to give me great pause. I didn't know if I was going to make it because, in all honesty, it's a death trap ... not quite so anymore, and I was able to get here with protected bike lanes the whole way," said Ben Kallos, a New York City Councilman.

This new bike lane has opened as New York City has seen 19 bicyclist deaths so far this year. This is twice as many fatalities seen in 2018.

The most recent death on August 11 in Brooklyn has caused a public outcry. Advocates are rallying for safer streets, and city officials said the driver who hit the cyclist may face charges.

And in just the span of a few hours on Tuesday, three cyclists were involved in three separate bicycling accidents in New York City.