Quincy Thorpe, 40, a baggage handler with Delta Airlines, was arrested at his home in Brooklyn on Thursday morning following last Tuesday's theft.

On Monday, officials said a second defendant, 33-year-old Emmanuel Asuquo Okon, was taken into custody over the weekend.

Okon is not an employee with Delta, but is believed to be a friend of Thorpe who helped him get away. He was released on an $80,000 bond. 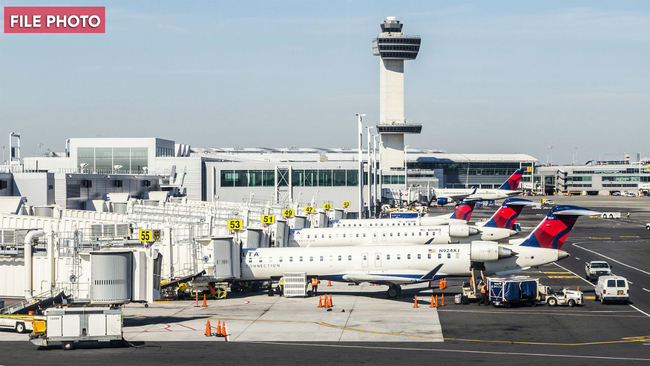