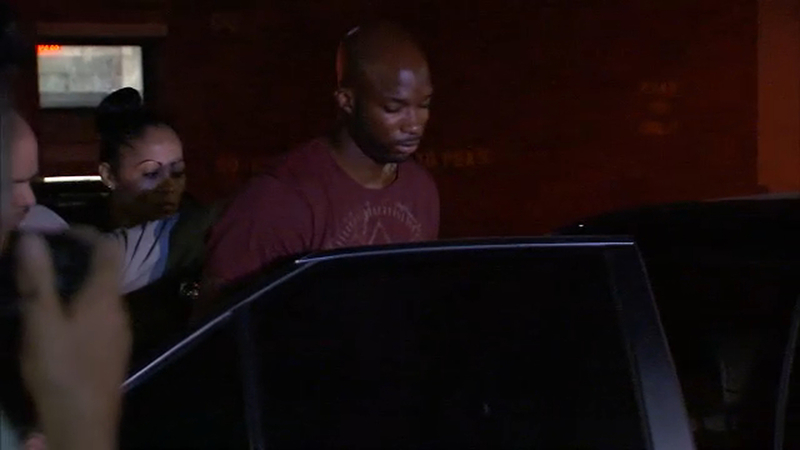 UPPER WEST SIDE, Manhattan (WABC) -- The suspect accused in a brutal attempted rape in Manhattan is due in court Friday.

The 37-year-old victim was attacked and badly beaten after getting out of an Uber car at Central Park West and West 83rd Street on the Upper West Side around 11 p.m. Wednesday.

Authorities say the suspect first attempted to engage her in conversation, but she ignored him. He then threw her to the ground, punched her in the head, stomped on her and bit her about the face and head, according to police.

Sources say the victim offered the attacker money, but he wanted sex. He continued removing her clothing as she fought back, but police say he became startled and fled when a doorman came to her aid.

That doorman said he heard screams and went across the street to see what was happening.

"She was on the floor, and he was on top of her," Ernest Pjetri said. "He was hitting her, basically, with hands or foot, I couldn't see that. But also, in the way I saw him pulling off her clothes."

He saw a man standing over woman and snapped a picture. The flash got the attention of the attacker, who then ran after the doorman and allegedly told him the victim "owed him money" and that they knew each other.

Police believe they were strangers and this was a random attack, but they are looking into it.

One woman was trying to sleep when she heard the screams from her usually quiet block, so she looked out the window.

"A girl was lying on the ground and the guy was kicking her head," she said. "She was on the ground, and he was trying to pick her up. So he pulled the skirt. Skirt came off, and he started pulling, pick her up by the underwear."

The woman sustained a fractured skull and various bruises to the body and was taken to Lenox Hill Hospital for treatment.

The suspect fled on West 84th Street toward Columbus Avenue.

Smith was arrested in the Bronx, but police say he lives in a men's shelter located one block from the scene of the crime.

Authorities say he has at least 10 prior arrests, most recently in May for an alleged assault in Queens. He has also been arrested for criminal possession of a weapon, a gravity knife, in 2011 and harassment in 2007. He served three years in state prison for assault in 2008 under the name Shaun Walker.