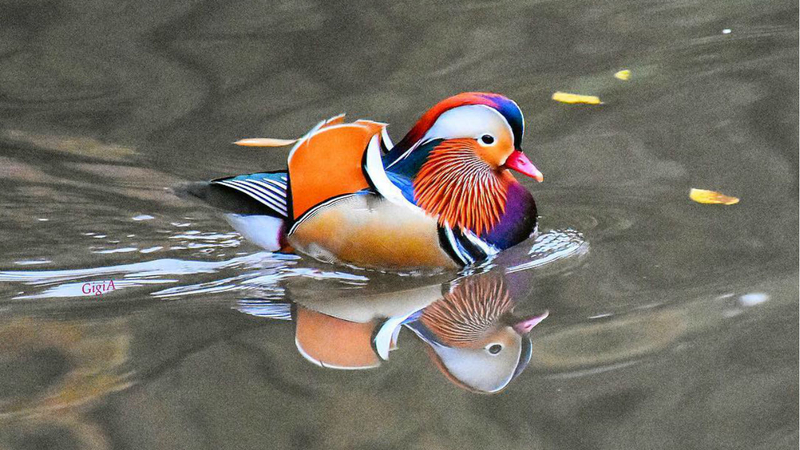 CENTRAL PARK, New York (WABC) -- The Mandarin duck that has caused crowds of people from around the world to flock to Central Park has made its grand return after a brief disappearance.

The duck, native to Asia, was first spotted in the Central Park Pond at 60th Street and 5th Avenue on Oct. 10. Tourists and New Yorkers alike couldn't resist the urge to see the bird for themselves and headed to the park in search of the rare bird.

After making appearances at multiple bodies of water in the area, some cried "fowl play" when the bird seemed to suddenly disappear earlier this week.

"While we are not tracking the Mandarin duck, we've noted that he's appeared healthy and has regularly moved between water bodies in Central Park. We don't know his exact location at this time. Almost all ducks migrate seasonally. While we're happy to have had him visit our parks, it's important to remember that at some point he may leave New York for warmer temperatures."

As long as the duck doesn't appear injured or in need of care, rangers will not make an attempt to capture it.

"While it's exciting to spot such a rare bird in NYC's backyard, like every other celebrity sighting, New Yorkers should know to give him space and not to disturb him," Deputy Director of the Urban Park Rangers John McCoy said.

It remains a mystery how exactly the duck ended up in Central Park. There has been some speculation he may have formerly been a pet, but he has since effortlessly been adopted into the park's urban flock.

By Thursday afternoon, social media was abuzz with the bird's return to its home base in the park.


I was not to be denied #mandarinduck #centralpark #birdsofnewyork pic.twitter.com/FSBKgjTnZz