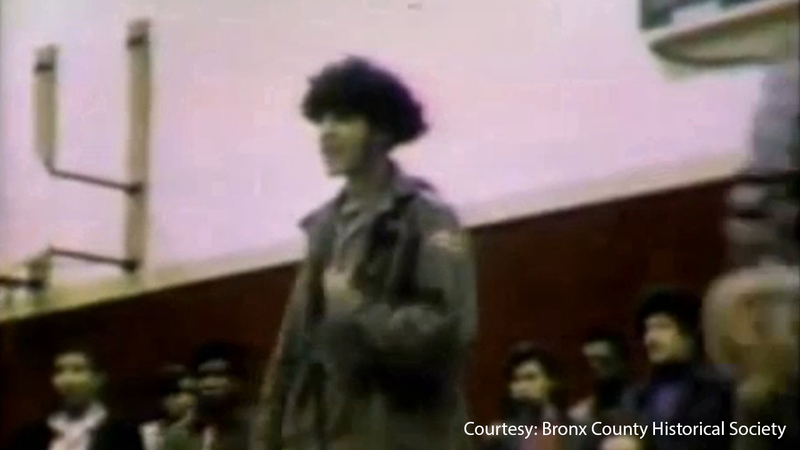 SOUTH BRONX (WABC) -- This weekend marks the 50th anniversary of a peace treaty between rival gangs in the South Bronx at a time when crime and murder ruled the streets.

Now, survivors of those old street rivalries are trying to reach out to current gang members to stop the violence surging on the streets of the Bronx once again.

The Bronx was burning in the late 1960s into the '70s, with turf battles that ended in fights and death. But that war on the streets stopped following the death of a member of the Ghetto Brothers called Black Benjy, who was clubbed with a pipe.

That plea from a grieving mother led to a fragile peace treaty between gangs as dangerous living conditions consumed the South Bronx.

"We destroyed our communities," Williams said.

While housing conditions have improved, the mood on the streets today is ominous.

"I don't feel safe," resident Maurice Hill said. "I have to be on guard 24/7 just walking my kid to school."

Former gang members like the 70-year-old Williams are working to defuse current gang activity. Community meetings have been taking place at the Boys and Girls Club in the Bronx organized by Eldridge Dockery, who is dedicated to stopping the violence.

"We don't have enough mentors out here," he said. "Mentors that have it in their hearts that they want to help these young kids."

Former gang members are calling for a new peace treaty, stressing gang life has only two options, death or jail.

"I was just so ignorant in the head that just wanted to keep on with this old gangster mentality," Peacekeeper Gregory Rolland said. "I just wanted to be a gangster at that time. I wanted to follow my friends. Now, I feel that gangster stuff was a waste of time."

That sentiment is echoed by many former gang members who have an urgent message for today's gangs.

"Please, put down these guns," Rolland said. "Stop hurting each other."

With violence on the streets of the Bronx escalating, the hope is that the message from these older gang members will resonate with the young people so they will think before they act.

"I did 30 years," Williams said. "And when we were gang banging and doing all these things, it comes back to haunt you."

The streets are haunted by death once again. Murders are up 30.5% in the Bronx over last year and 71.2% compared to 2019. The misguided suspects are kids as young as 13.

"And they're real tough until they go to prison and get 25 to life," Dockery said. "Then they they're crying and wondering why? We're trying to stop that from happening."

This 50th anniversary of the original treaty is seen as an opportunity to change a few lives and work toward peace.