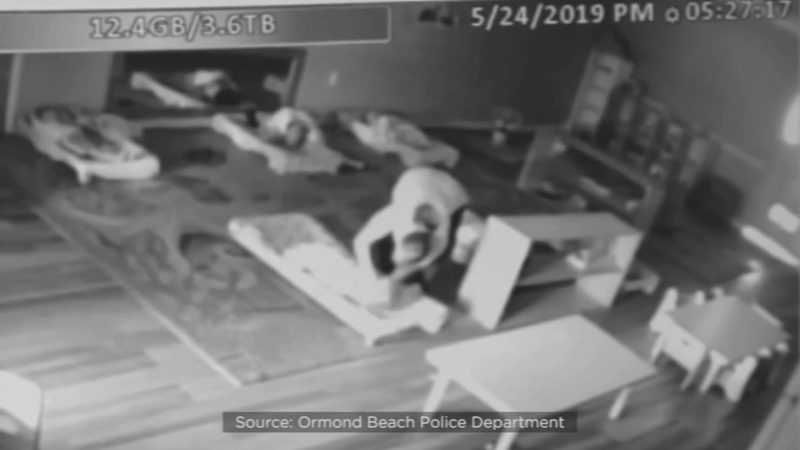 ORMOND BEACH, Fla. -- A Florida daycare worker has been charged with child abuse after she was caught on camera tossing around the children she was supposed to be caring for, police said.

Police say Katherine Weitz, 65, was seen on video hitting and shaking toddlers in her care at the Dream City Academy in Ormond Beach, Florida.

"There was shaking (and) a couple of kids being smacked during nap time," said Keith Walker of the Ormond Beach Police Department. "Some of the kids, she palmed the back of their heads with her hands and pushed them face forward in their cots."

The office manager was prompted to check the daycare center's surveillance footage after hearing the kids crying, police said.

Authorities said it was only Weitz's third day on the job as a full-time employee.

Parents were outraged when they learned of the incident.

Weitz told police that she had woken up with a headache and thought about calling in sick, but decided to go to work anyway where she admitted she "lost her temper" with the children.

"We found over 30 incidents that could be considered child abuse to at least four different children," Walker said.

When asked by police whether Weitz thought she had broken any laws she said, "probably."