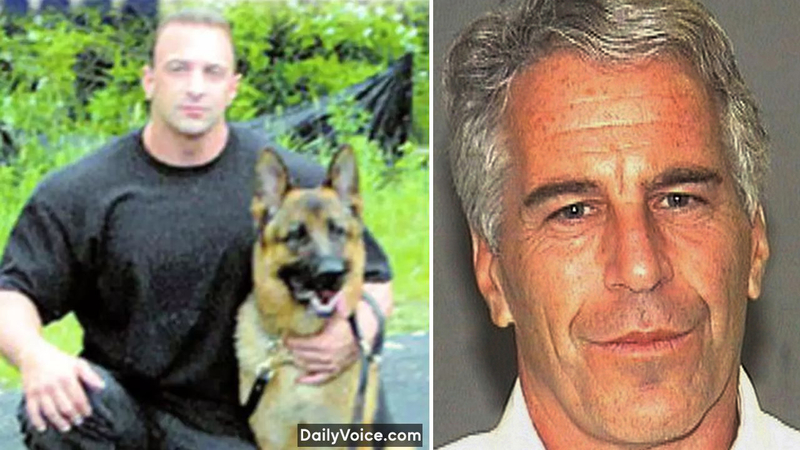 Epstein cellmate alleges threats, wants to be moved from MCC

NEW YORK (WABC) -- A judge ordered a federal jail on Wednesday to improve housing conditions for one of Jeffrey Epstein's former cellmates.

Nicholas Tartaglione, a former police office awaiting trial in a quadruple murder case, was sharing a cell with Epstein at the Metropolitan Correctional Center in Manhattan in July when the financier was placed on a suicide watch after being discovered with bruises on his neck.

Several weeks later, Epstein hanged himself in his cell.

Conditions at the Manhattan facility have come under growing scrutiny since Epstein's death, which highlighted chronic staffing shortages. Epstein had been accused of sexually abusing girls and young women and charged with federal sex trafficking charges.

The warden of the facility was reassigned and two guards were placed on leave amid allegations that records were falsified to make it appear jail staff had checked on Epstein when they actually failed to do so.

In a court filing, Tartaglione's lawyer called him a "critical witness" in the investigation of the events that led up to Epstein's death.

At a hearing Wednesday before a federal judge in White Plains, New York, defense lawyer Bruce Barket asked the judge to transfer Tartaglione to another jail, saying he'd been threatened and mistreated by jail staff.

He said Tartaglione's requests to shower are "routinely ignored," and that he's been admonished to tell his attorneys to stop speaking publicly about goings-on inside the jail.

"We're not saying put him up at the Four Seasons," he added, requesting Tartaglione be moved to a county jail on Long Island.

U.S District Judge Kenneth Karas said options for transferring Tartaglione are limited because there is only one other federal jail in New York City. The Metropolitan Detention Center in Brooklyn previously held Tartaglione but has declined to house him following a disciplinary issue.

But the judge threatened to hold hearings on conditions at the Metropolitan Correctional Center if officials don't improve Tartaglione's treatment and access to attorneys.

Prosecutors said guards have been admonished not to retaliate against Tartaglione. They said they weren't aware of all of Tartaglione's complaints before Wednesday.

"It's the worst facility I've ever experienced," Barket said, citing a rat infestation as one problem. He said many of his clients have told him they prefer the conditions in the city-run jail on Rikers Island. "It's been something we've complained about vociferously."

Tartaglione, formerly an officer in Briarcliff Manor, is awaiting trial on charges that he participated in the slayings of four men in a drug deal gone awry. The bodies were found buried on Tartaglione's property.

Meanwhile, a different judge presiding over the federal sex trafficking charges against Epstein invited his accusers and their lawyers to a hearing next week where he'll consider prosecutors' request to dismiss the indictment.

The judge said he believes the public may have an interest in the legal process surrounding dismissal of charges.

Berman had ordered Epstein held without bail after two accusers urged that he remain behind bars.