Upper East Side fire injures 22, including firefighters and 1-week-old baby 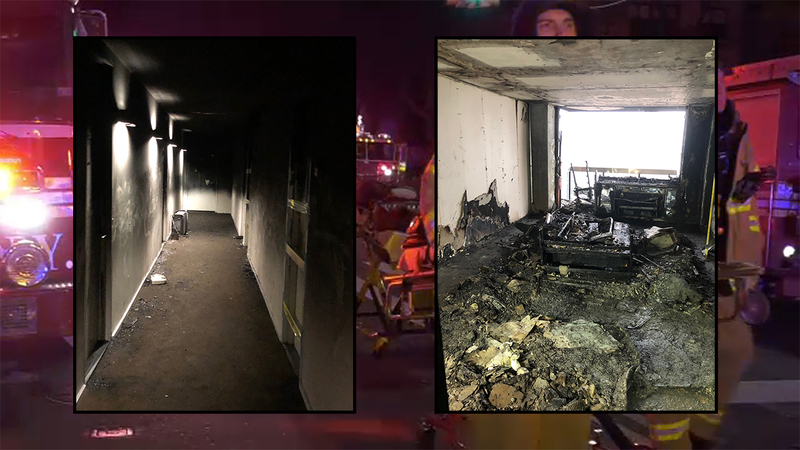 Upper East Side fire injures 22, including firefighters and 1-week-old baby

UPPER EAST SIDE, Manhattan (WABC) -- A fire tore through an apartment building on the Upper East Side early Tuesday, injuring 22 people, two of them critically.

Officials say this is the second fire in two days where a door to the apartment where the fire started was left open, which allowed the flames to spread. They are reminding anyone fleeing a fire to close doors behind them.

"If you are escaping a fire in your home or apartment, I strongly urge all New Yorkers to 'Close the door' to reduce the spread of fire," FDNY Commissioner Daniel Nigro. "Leaving a door open allows the fire to grow rapidly, spread throughout the building, and puts the lives of building occupants and responding Firefighters in grave danger."

Firefighters arrived to find flames shooting through a window on the 24th floor of 515 East 72nd Street just before 2 a.m.

The fire started an apartment where fire crews found two people unresponsive in the doorway, likely collapsing on their way out.

Those two people are in critical condition at the hospital, along with 14 others who lived in the building.

"We had numerous phone calls from apartments above, complaining about smoke, people trapped, all due to the fact that that door was left open," FDNY Deputy Assistant Chief Joseph Ferrante said. "Had the door been closed, this would've been a one apartment, one room fire."

Earlier this morning, occupants escaping a fire left their apartment door open, allowing the fire to grow into a 2nd alarm injuring 18 civilians and 4 Firefighters. FDNY urges New Yorkers to be #FDNYSmart – close the door behind you when escaping a fire. pic.twitter.com/6GeyUGEXre

One of those injured is a 1-week-old baby, and four firefighters also suffered injuries.

Fire officials say the blaze started in the kitchen and then spread through the open door.

On Monday, a fire on Benson Avenue in Brooklyn burned through a four-story apartment building.

It turned into an all-hands fire, requiring more than 60 firefighters, EMTs and paramedics.

Five people were hurt, with one victim in critical condition and another in serious condition.