Man, woman threaten each other with knives on crowded subway train in Brooklyn 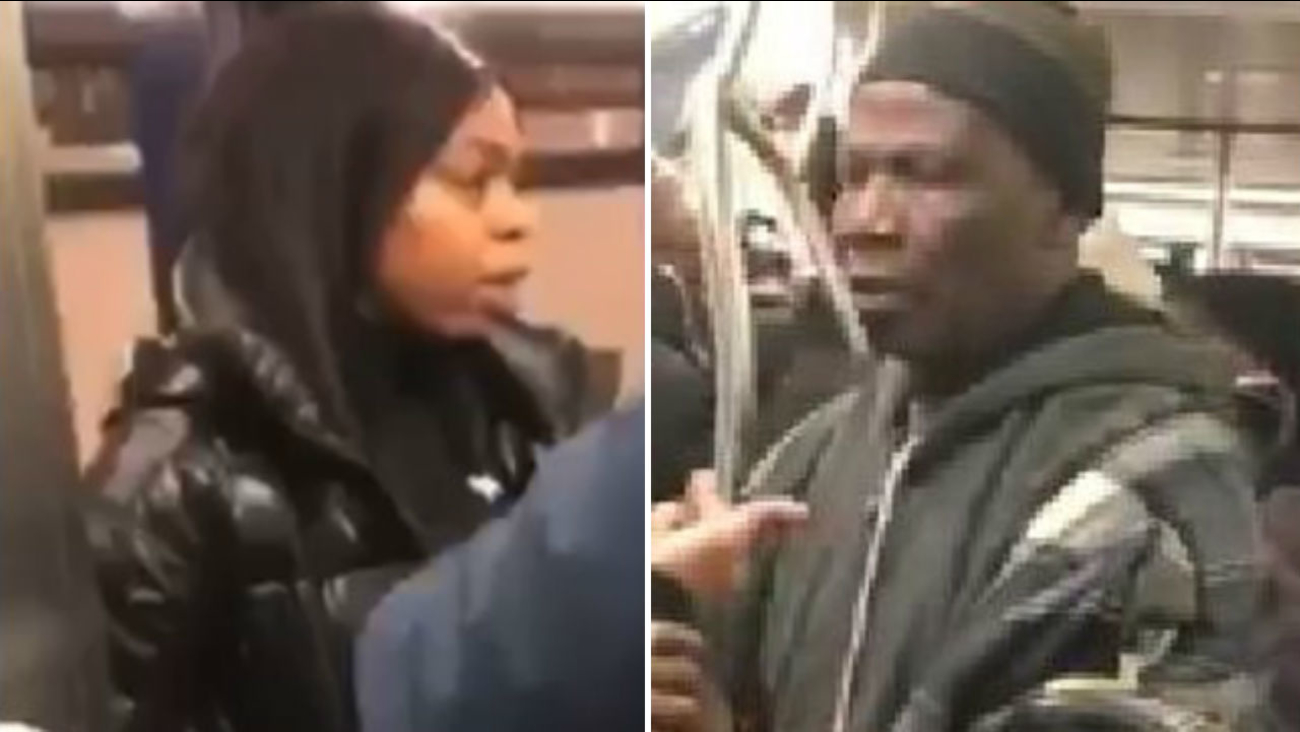 CROWN HEIGHTS, Brooklyn (WABC) -- Police want to identify a man and woman who threatened each other with knives on a crowded subway train.

The incident was reported Wednesday around 5 p.m. on a Manhattan-bound 2 Train at Nostrand Avenue and President Street.

Authorities say the man and woman got into a verbal dispute before they threatened each other with knives -- and it was all caught on video.

After police were made aware of video of the incident, a further investigation was conducted and complaint reports were recorded for reckless endangerment.

No arrests have been made, but police would like to question the man and the woman involved in the incident.

"What's depicted in that video is disturbing and unacceptable. The MTA and NYPD have zero tolerance for violence in the subway system. In this instance a customer quickly notified a Transit employee, who immediately radioed for police assistance. The MTA is cooperating closely with the NYPD investigation."