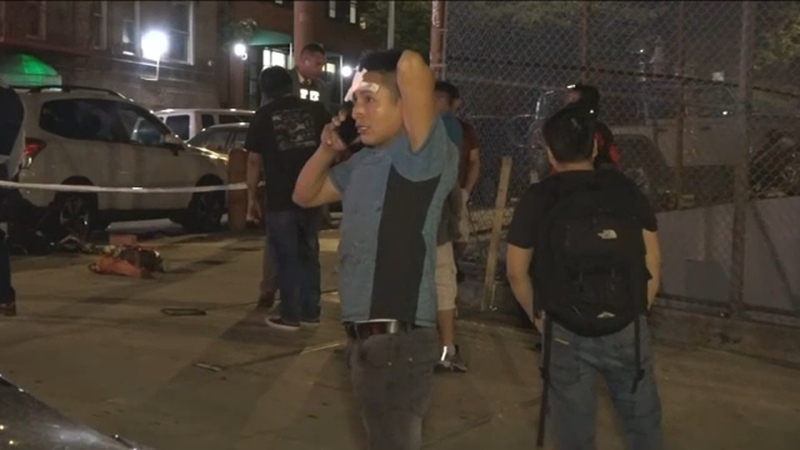 6 celebrating at family gathering struck by vehicle in the Bronx

CLAREMONT, Bronx (WABC) -- Six people were hurt after a Jeep jumped a curb in the Bronx, crashing into them.

One woman remains in critical condition at Lincoln Hospital while five others suffered minor injuries.

The family says they were celebrating when the jeep plowed through the group at a high rate of speed, hitting six members of the same family.

After the Jeep struck the crowd, the people in the crowd grabbed the driver and tried to hold him down for police, according to authorities.

Police say the passenger of the vehicle managed to flee the scene and returned with another group of males, firing bullets into the sky so the crowd would release.

The group then fled on foot south on Sheridan towards Marcy Avenue.

One family member who witnessed it all tells us he thinks they were targeted.

"We were just talking normally until a car came out of nowhere and hit us, with no particular reason," he said. "And it wasn't an accident, because the way they came from, they were speeding up for us."

Another family says he was sitting with family when the vehicle came over at "60 mph."

Authorities are still looking for the suspects.