WABC
By Eyewitness News
MOTT HAVEN, The Bronx (WABC) -- Police said a 7-year-old boy walking with his grandmother was grazed in the knee by a bullet in the Bronx Wednesday.

It happened around 12:30 p.m. in the courtyard of the Mill Brook Houses on East 137th Street near St Ann's Avenue in the Mott Haven section.

The child was transported to Lincoln Hospital and is in stable condition.

Police said the suspect fled on foot. He was described as a 25-to-30-year-old man who was wearing a black hoodie and gray jeans.

So far, police have not reported any arrests. They have also not yet released information regarding the events leading up to the shooting, but they said two individuals were standing near the scene and their involvement is unclear.

"A lady ran over here and said, 'My son shot in the leg,' but that's messed up because if you're gonna do something, you know, do what you're gonna do, but don't shoot kids," one resident said.

Video from Citizen App shows a heavy police presence at the scene. Police are taping off the courtyard and searching for evidence.

(Mott Haven, Bronx) Child Shot in Leg — Police are reporting the victim is being transported to a nearby hospital. Follow along here: https://t.co/1Ro8YJOlyE

Police remained into the night at the Mill Brook Houses, hoping to find someone who recognizes the gunman. 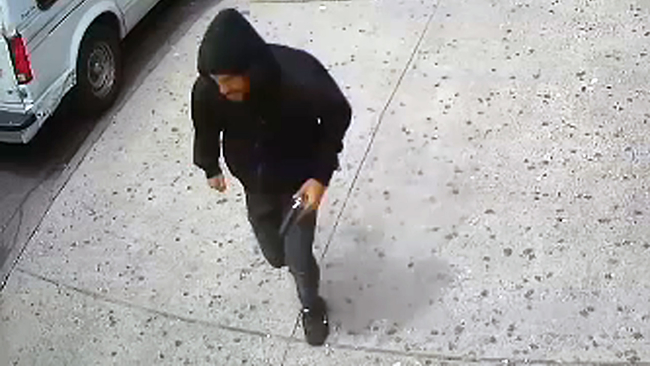 Man charged in NYCHA murder, being investigated in other deaths