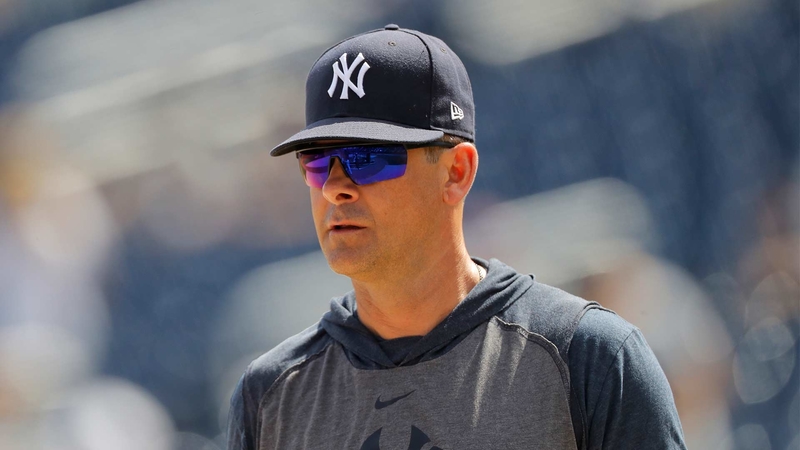 Yankees manager Aaron Boone having surgery to get pacemaker

NEW YORK -- Yankees manager Aaron Boone is out of surgery and recovering after undergoing a procedure to receive a pacemaker, the team announced Wednesday.

The team said the procedure went as expected and Boone will spend Wednesday night at the hospital to rest and recover.

As previously planned, Manager Aaron Boone will spend the night at St. Joseph's Hospital to rest and recover. He is currently in good spirits.

Earlier Wednesday the Yankees announced that Boone would be taking an immediate medical leave of absence.

The New York Yankees today announced that Manager Aaron Boone is taking an immediate medical leave of absence to receive a pacemaker. Surgery is expected to be performed later today at St. Joseph’s Hospital in Tampa.

Sending 💙 to our skipper. pic.twitter.com/rwJo0hAMDd

The surgery was performed at St. Joseph's Hospital in Tampa, Florida, where the Yankees are currently taking part in Major League Baseball's Spring Training as they gear up for the 2021 regular season.

Boone previously underwent open-heart surgery back in 2009, but says he has been having symptoms lately.


"Over the last six-to-eight weeks I've had mild symptoms of lightheadedness, low energy and shortness of breath. As a result, I underwent a series of tests and examinations in New York prior to the beginning of spring training, including multiple visits with a team of heart specialists. While the heart checkup came back normal, there were indications of a low heart rate which, after further consultations with doctors in Tampa, necessitates a pacemaker," Boone said in a statement released by the team.

Boone said doctors expect him to make a full recovery and says he looks "forward to getting back to work in the next several days."

The 47-year-old is entering his fourth season as Yankees manager.

The team started the exhibition season Sunday and was scheduled to play its fourth game on Wednesday night against Toronto in Tampa.

Boone played in the major leagues from 1997-2009 and was an All-Star for the Yankees in 2003, the year his 11th-inning home run off Boston's Tim Wakefield in Game 7 of the AL Championship Series won the pennant for New York. He is a third generation major leaguer, whose grandfather Gus, father Bob and brother Bret also played in the big leagues and whose nephew Jake is a minor leaguer in the Washington organization.