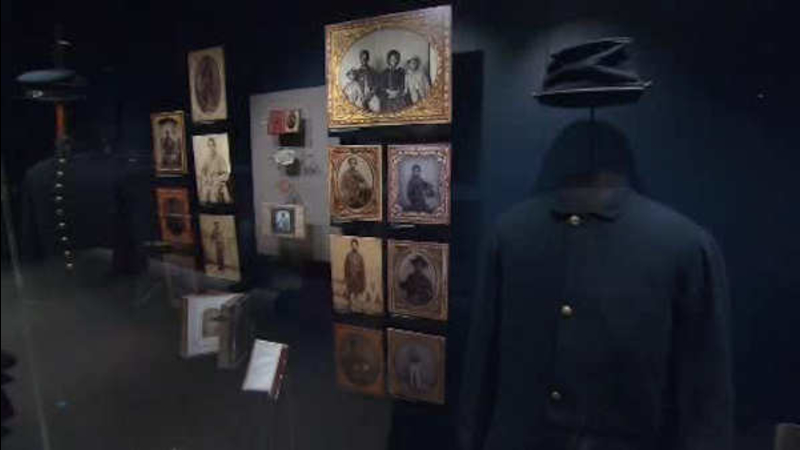 It's two hours of entertainment featuring some of America's biggest stars, designed to honor the opening of the newest Smithsonian museum.

Moves to establish a National Museum of African American history and culture began a century ago. It took decades to actually fund and build on the National Mall in Washington. One million dollars to get it started came from Oprah Winfrey, who gave another 12 million of her own money to help finish it.

"Because I understood the value of creating an institution that allows a people, a nation, a world to understand its value," Winfrey said.

When a music icon stepped into this space for the first time, Quincy Jones had but one thought.

"At last. It's finally here. This is something we've been dreaming about hoping for, for a long time, but there it is politics, athletics slavery," he said.

The museum's opening last fall was celebrated at a Washington D.C. gala taped for broadcast.

"It had to sound and reflect what you see when you go into the museum. That's it to me," Jones said.

"All the entertainment is connected in some way to this story, but it's real important that people understand. It is an entertainment special," producer Don Mischer said.

Entertainment sure, but enlightenment too.

For those who couldn't be there back in September and the audience was made-up primarily of movers and shakers this special is a fine alternative. You can see it at 9:00 Thursday night on ABC 7.
Related topics:
arts & entertainmentwashington d.c.sandy kenyonsmithsonian
Copyright © 2022 WABC-TV. All Rights Reserved.
TOP STORIES
Man killed after being shot in chest aboard Q train at Canal Street
3 people killed in crash near catering hall on Long Island
Celebrate Israel Parade to kick off in NYC with heightened security
AccuWeather Alert: Still steamy
Heat Advisory issued ahead of possible record-breaking temperatures
78,000 pounds of infant formula arrives in US
NJ police impose curfew after large party gets out of hand
Show More
Suspect breaks into NYC apartment, stabs man to death
Empire State Building lit to honor Notorious B.I.G.'s 50th birthday
Fate of 2,500 Ukrainian POWs from steel plant stirs concern
Biden pushes economic, security aims as he ends South Korea visit
Man killed, woman injured in jet ski accident along Hudson River
More TOP STORIES News