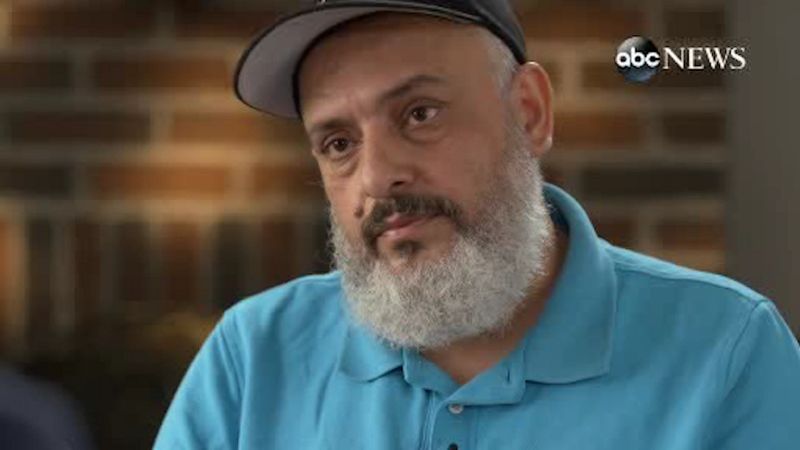 NEW YORK -- The father of New York and New Jersey bombing suspect Ahmad Rahami told ABC News that his wife and one of his other sons have been detained in Afghanistan, after being pulled off a flight in Dubai and questioned for 16 hours by authorities there.

In his first in-depth broadcast interview, Mohammad Rahami said his wife, Najiba, and son, Qassim, were trying to return to the U.S. when they were held in the United Arab Emirates and eventually sent to Kabul.

"Why send my son back to Afghanistan? He is a U.S. citizen. You have any questions? Bring him home, (don't) send him to a different country," Mohammad Rahami said of Qassim.

The elder Rahami denied that anyone in his family, including Qassim, had anything to do with Ahmad's alleged bombings in New York and New Jersey on Sept. 17 that injured 29 people.

Mohammad Rahami, whose family is originally from Afghanistan but lived in New Jersey, said that he hadn't spoken with Ahmad since a falling out in May. But he knew that in the months before the attack, his son had become secretive, changed the lock on his bedroom door and became extremely angry when a young relative once tried to enter without permission.

Ahmad's wife left the U.S. in June -- for dental work in Afghanistan, according to Mohammad -- and that's when a criminal complaint says Ahmad began buying bomb components. Mohammad said that also appears to be when Ahmad started to grow out his beard.

After the bombing, Mohammad said it was the FBI that told him his son was the suspect.

Though Mohammad said he was "shocked" at the news, he also responded by telling agents, "This is (a) stupid son."

In light of the bombing, Mohammad described Ahmad as "not a human being... not a Muslim."

READ THE FULL STORY ON ABCNEWS.COM

FBI Director James Comey told lawmakers that investigators have seen "no indication" that Rahami was part of some larger terrorist cell and that there is little threat of related attacks.

But Comey's officers are still desperately trying to identify and speak with two men that authorities say may have incidentally made off with a bag that had housed one of the explosives planted in Ahmad's alleged plot.
On Tuesday, the FBI released more images of the two men with the bag. The men are not considered suspects.

Ahmad Rahami, 28, remains in a New Jersey hospital where he's being treated for the seven gunshot wounds he received after he allegedly engaged in a gun battle with police two days after the bombings. He has been charged with a litany of crimes related to the purported attempted bombings and the firefight.