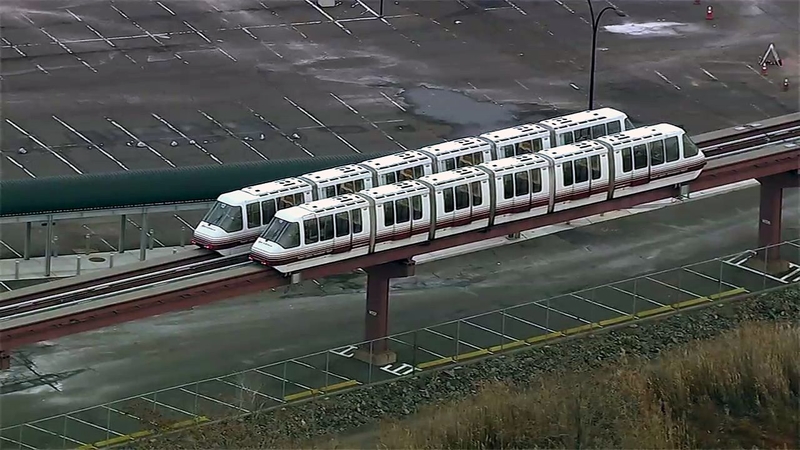 NEWARK, New Jersey (WABC) -- The AirTrain that connects the New Jersey Transit to Newark Airport has resumed service after a multi-hour shutdown in the middle of Friday's holiday travel rush.

The Department of Transportation said a train was stalled between Terminals B and C around 3:15 p.m. That caused train traffic to be shut down in both directions.

Buses were rushed in to replace the trains while crews worked to get the service running again.

Reports from passengers started hitting social media just before 3 p.m. Many have been stuck at the station for more than an hour.

One passenger said there are hundreds of people waiting:

Port Authority police said that about 4 p.m., the Airtrain was evacuated without incident. The AirTrain will be out of service until further notice, and bus operations will be utilized in the mean time.

Here are some posts from people who are stranded:

For anyone connecting to the @EWRairport AirTran from @NJTRANSIT - the AirTran is BROKEN!!! so apparently they are bussing everyone instead.

Newark AirTrain broken. Shuttle buses nowhere to be found. No one can get an Uber/cab bc airport property. Merry Christmas from @NJTRANSIT!

.@EWRairport I am trapped on the airtrain platform, employees are insisting there is no publicly accessible staircase for us to leave