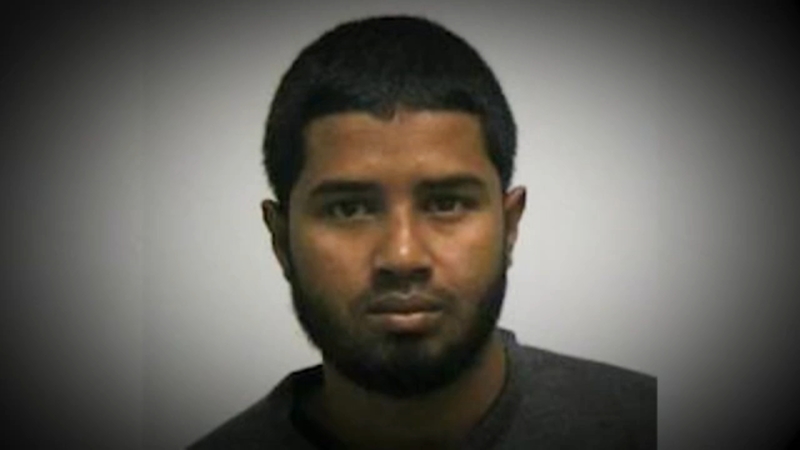 NEW YORK (WABC) -- A Bangladeshi immigrant was sentenced Thursday to life in prison after he set off a homemade pipe bomb in a tunnel between Times Square and Port Authority in December 2017, an act that federal prosecutors noted was "one of the few completed terror attacks in New York City since 9/11."

The best-case scenario for defendant Akayed Ullah's was 35 years behind bars, but Judge Richard Sullivan opted for life in prison.

The sentence was handed down after Ullah apologized in court, saying what he did was wrong.

"I can tell you from the bottom of my heart I'm deeply sorry for what I did," he said. "I apologize to New York City, to law enforcement, and to this country. I never support harming innocent people."

Prosecutors said Ullah wanted to "terrorize as many people as possible" and they pushed for a life sentence. While Ullah was the only one seriously hurt in the blast, Assistant US Attorney Rebekah Donaleski told the judge "that happened despite the defendant's best efforts."

Surveillance video from December 2017 showed Ullah detonate a bomb that was strapped to his chest inside the Times Square subway station.

The bombing happened in a long, busy passageway between the 7th and 8th avenue lines.

Prosecutors say Ullah followed his uncle to the United States 10 years ago and became an ISIS sympathizer.

Ullah, who is now 31 years old, had expressed animus toward former President Donald Trump in social media postings, but his attorney says there's no evidence he ever communicated directly with ISIS.

Instead, defense attorney Amy Gallicchio said he acted alone, describing an isolated, desperate man, who was trying to kill himself.

"His search for answers and meaning took him down a dangerous path," she said during the sentencing hearing. "Mr. Ullah is a human being. He is not an evil man, he is not a monster. He is a man loved dearly by his family."

Judge Sullivan imposed the sentence, saying that while he did not believe Ullah was evil, the act was.

"Your conduct here is truly heinous," Sullivan said. "You strapped a bomb to your person. You got on the subway, and you went to the most crowded subway station at the most crowded time of day. It seems to me that a life sentence is appropriate."

Sullivan's sentence was formally described as life in prison plus 30 years because one count required that a 30-year mandatory sentence be added to whatever was imposed for the other charges. The judge, who now sits on the 2nd U.S. Circuit Court of Appeals, also ordered $7,380 in restitution.

"This was a horrific crime that terrorized riders and our workforce, who responded heroically," interim NYC Transit President Sarah Feinberg said. "Police, investigators and prosecutors deserve credit for making sure the bomber will never again have the opportunity to attack innocent people."