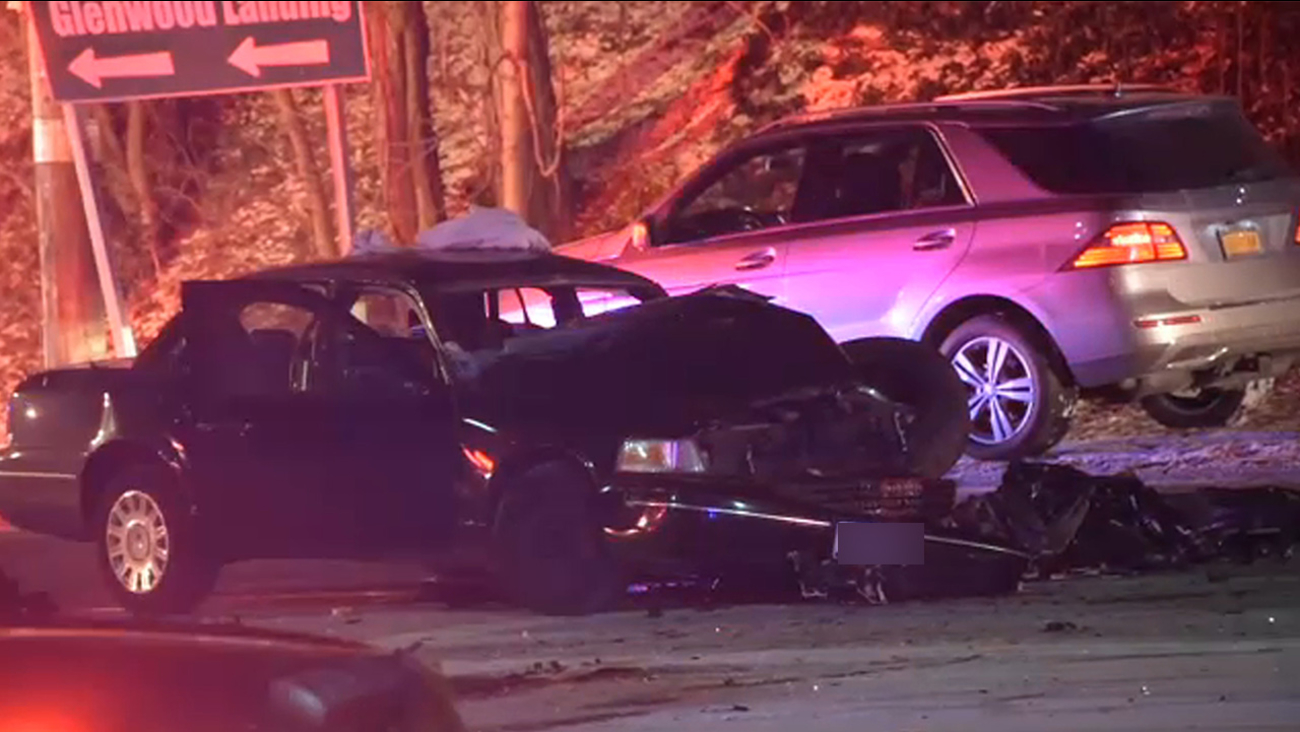 The accident happened at 2:30 a.m. on New Year's Day near the LIRR Greenvale station in Roslyn.

Investigators said Officer Willard Gomes, who was assigned to DWI patrol for New Year's Eve, was headed northbound on Glen Cove Road when a truck crossed over the double yellow line and hit his Ford Crown Victoria head-on.

Officer Gomes, a 12-year veteran of the force, was trapped in the vehicle for 45 minutes while emergency crews worked to extricate him.

Gomes suffered a head injury, causing swelling and bleeding on his brain, broken vertebrae in his neck, a broken left arm, a broken left leg, a cracked rib with a contusion to the lung, numerous injuries to the facial area and lost some of his teeth from the accident.

The driver of the 2014 black Dodge Ram pickup that hit his vehicle suffered a broken ankle.

Police have identified him as 29-year-old Keith Dillon of New Hyde Park. He will be charged with second-degree vehicular assault, second-degree assault and driving while intoxicated. Authorities said Dillon has a prior DWI in 2015 in Southampton.

Gomes is listed in serious but stable condition. Officials say he will survive. He was conscious and talking.