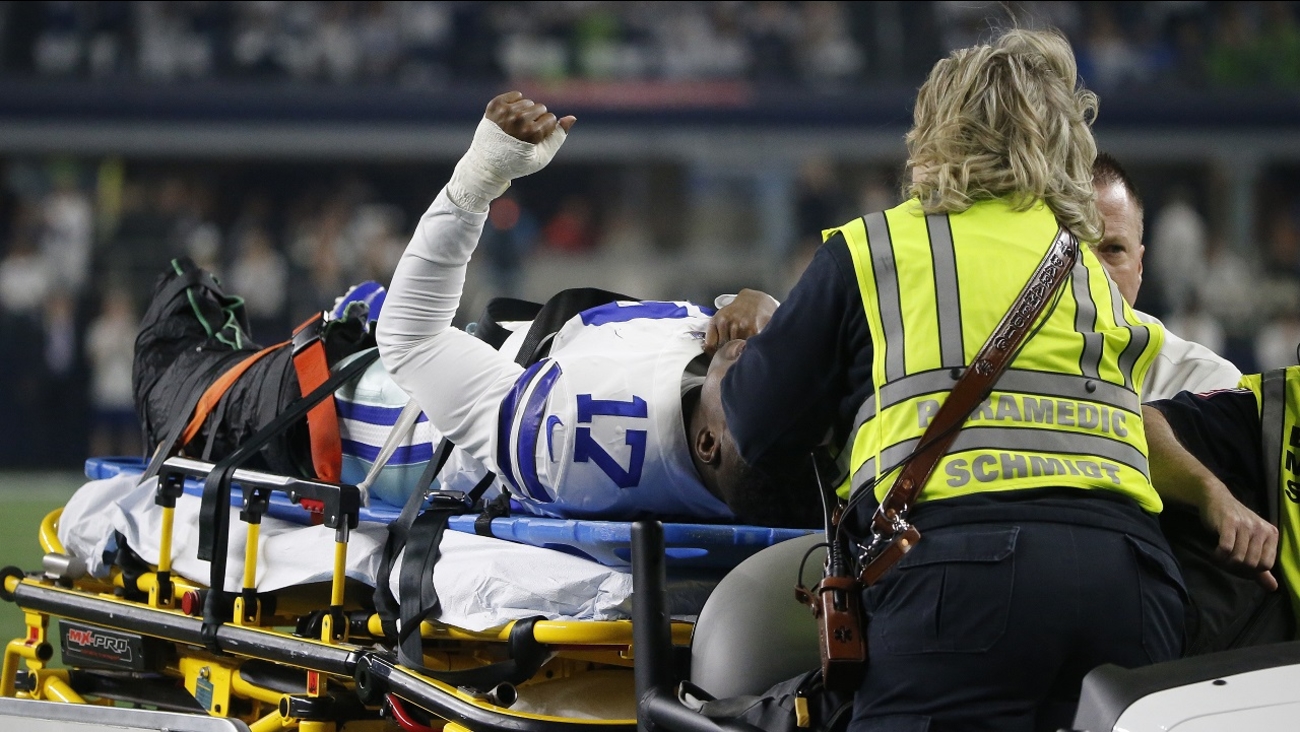 Hurns was being dragged down by Seahawks safety Bradley McDougald at the end of a 14-yard catch for a first down when his lower left leg appeared to buckle Saturday night. The injury was announced as an ankle injury.

The 27-year-old Hurns writhed in pain on the turf as medical personnel rushed out to immobilize his leg. He was taken off the field on a cart after being placed on a stretcher, tears streaming down his face.

Several players from both teams crowded around the stretcher as Hurns was wheeled off. Hurns held up his left fist as the crowd cheered while the cart was driven off the field.