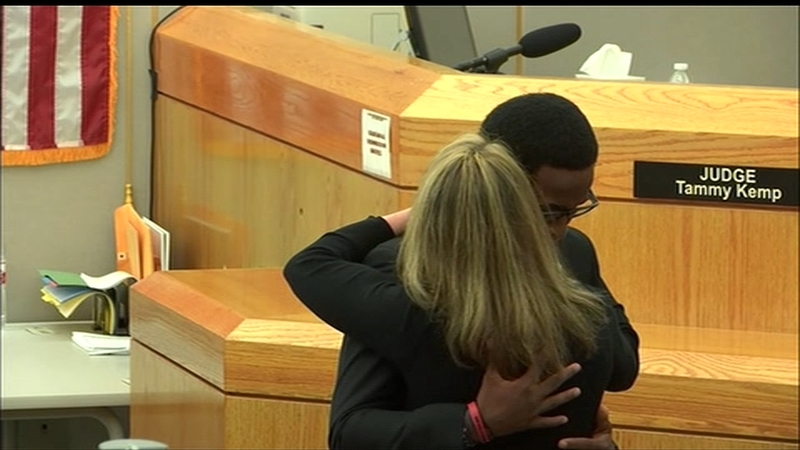 DALLAS, Texas -- Days of emotional testimony and rising tension in the city of Dallas during a high-profile murder trial led to a conviction and 10-year prison sentence of a former police officer who killed her neighbor in his own apartment.

But on Wednesday, shortly after Amber Guyger learned she would be condemned to prison, the brother of the slain victim Botham Jean begged the judge to allow him to embrace the former officer after his victim impact statement.

"I don't even want you to go to jail. I want the best for you, because I know that's exactly what Botham would want," said Brandt Jean told Guyger in court.

Brandt Jean also added that Guyger, 31, should give her life to Christ.

The two were allowed to embrace in front of the courtroom as Guyger sobbed.

Just the day before, jurors returned a guilty verdict on a murder charge against Guyger.

In September 2018, Guyger walked up to Jean's apartment - which was on the fourth floor, directly above hers on the third - and found the door unlocked. She was off duty but still dressed in her police uniform after a long shift when she shot Jean with her service weapon. The 26-year-old accountant had been eating a bowl of ice cream before Guyger entered his home.

Former Dallas police officer Amber Guyger has been sentenced after her conviction in the murder of her neighbor Botham Jean.