American Airlines jet diverted to RDU because of a broken windshield 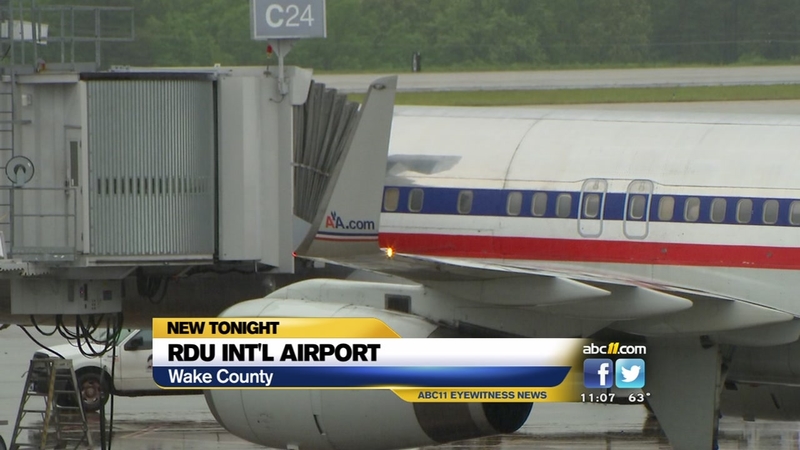 RALEIGH -- An American Airlines jet diverted to RDU because of a broken cockpit windshield will call the Triangle home for a night.

Late Friday night, American Airlines said it had a new plane and crew coming from New York to pick up 166 passengers.

The Boeing 757 originated in Miami and was traveling to John F. Kennedy International Airport in New York when the pilot radioed that the windshield was cracked. To be safe, he said, the plane should land as soon as possible.

This is the flight diverted to @RDUAirport from Miami to JFK #ABC11 pic.twitter.com/F1TpHW9Waz

American Airlines said they diverted Flight 1048 out of an "abundance of caution." The plane landed safely at RDU, the closest airport.

Here's the plane. Safe on the ground. pic.twitter.com/SHcfgjcs9R

There were 166 passengers and six crew members on board. No injuries were reported.

Airport officials said the plane will stay at RDU on Friday night.

Initially, there was talk of repairing the windshield and continuing on to New York. But the airline said it didn't have the proper sealant handy. American even tried borrowing sealant from another airline, but that didn't work either.

Originally, passengers were going to be rebooked on different flights, but now Flight 1048's passengers are waiting for their new plane to arrive.