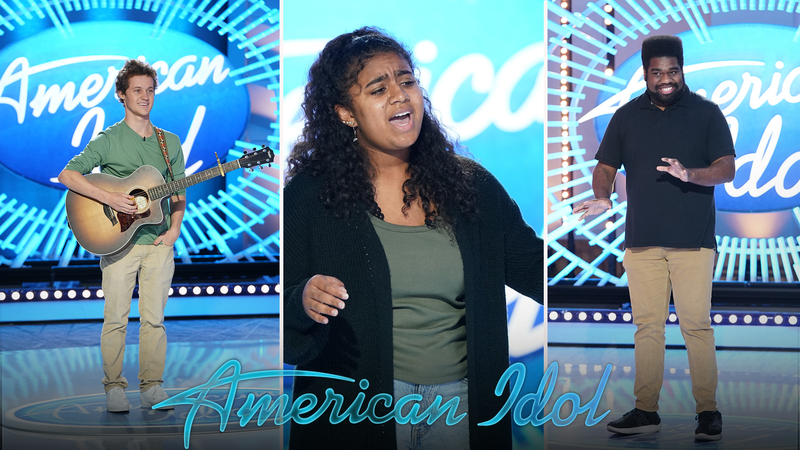 NEW YORK -- The new season of "American Idol" celebrates 20 years of musical competition with the return of familiar faces at the judges table, a new twist, and a few contestants with ties to the New York area.

Many contestants apply for a chance to become the next American Idol but others get asked to audition. An original song by Taylor Fagins convinced producers to contact him while at school in Harlem.

Meet 3 local contestants hoping to become the next 'American Idol'

Tune into the season premiere of American Idol starting Sunday, February 27 at 8 p.m. ET/PT | 7 p.m. CT on your local ABC station and the next day on Hulu.

"I've kind of been using music and writing as a means to live and share that with the world," he said.

"For the longest time nobody had listened to my music at all other than like family and friends and then that happened, and I was kind of like (makes face)."

Not bad for a guy who didn't pick up a guitar until he was a senior in high school, and Cole has already become a fan favorite for his videos with his sister, Katie, who has special needs.

He brought Katie on stage to celebrate her 20th birthday at the famed Stone Pony in Asbury Park near Cole's home in Manasquan.

RELATED: Meet some of the Season 20 Idol hopefuls

South of there in Lumberton is fellow contestant, Camryn Champion.

"My grandmother loves American Idol, and she's been watching it for years and years, and when I was younger she would always be like 'oh Camryn, you should try out.' and now that it's actually happening it's like crazy," she said.

The trip will be a little quicker for a lucky few this season thanks to a new 'platinum' ticket to Hollywood:

"If the judges vote unanimously for your to get this, then you bypass the first round of Hollywood Week," Ryan Seacrest explained.