Man dies after erupting into flames inside Amityville house 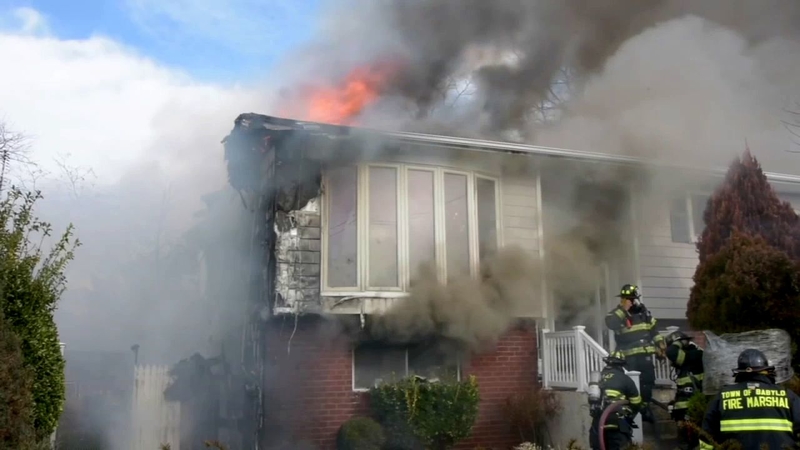 AMITYVILLE, Long Island (WABC) -- An investigation is underway on Long Island after a person who somehow caught fire was found dead in a fire Wednesday morning.

The fire broke out at about 10 a.m. in a house on Jefferson Avenue between Broadway and Campbell Street in Amityville.

Family members told Eyewitness News that Hector Arcos was visiting his girlfriend at the home, and the two -- along with another family member -- were sleeping in the house when the fire started.

Olga Robertson said her sister told her that Arcos was engulfed in flames.

"He was sitting in his bed in flames," Robertson said. "She was saying, 'Hector, you have to move, you have to leave, the house is on fire.'"

"Upon their arrival the house was fully engulfed," Det. Lt. Kevin Beyrer with Suffolk county police said. "There was one deceased in the house."

Arcos' body was found on the first floor.

The Suffolk County Homicide and Arson team is at the scene investigating.