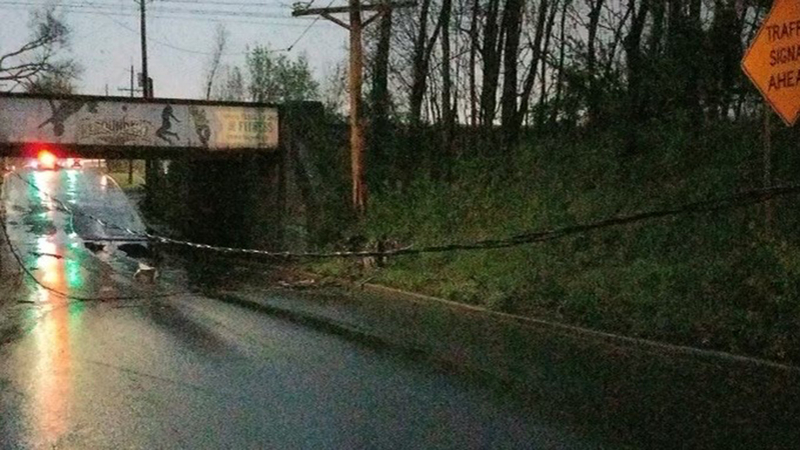 Amtrak service was suspended between New York City and Philadelphia after the car crashed into a utility pole on Talmage Road just after 2 a.m.

Crews raced to fix the problem, but it took hours before service began being restored just before 1 p.m.

All Acela trains were canceled, while Keystone Service and Northeast Regional trains were either canceled or terminating in Philadelphia.

New Jersey Transit Northeast Corridor rail service was suspended in both directions between Rahway and Trenton but has since resumed limited service.

Eastbound trains will bypass New Brunswick, Edison and Metuchen, while customers should transfer at Metropark for westbound service to these stations.

New Jersey Coast Line service is subject to up to 45-minute delays in both directions.

The driver in the crash, 26-yearold Bhargav Patel, was treated and released.

He was later charged with driving while intoxicated, careless driving and reckless driving.