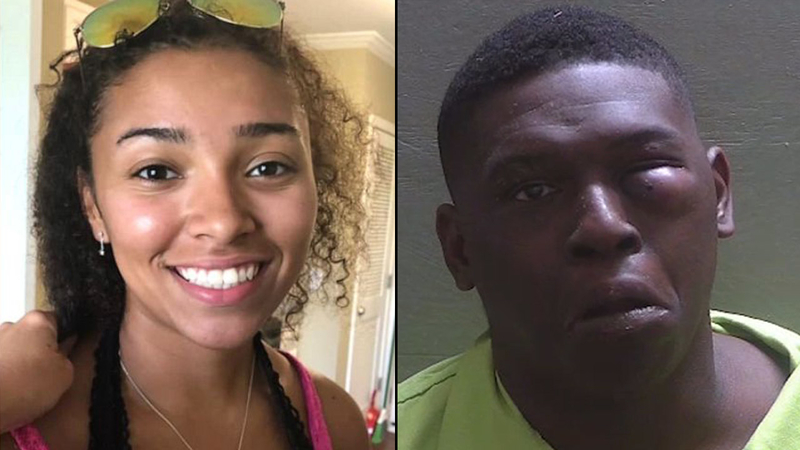 Authorities have arrested a suspect in the case of a missing Alabama college student.

Ibraheem Yazeed, 30, of Montgomery, Alabama, was taken into custody in Florida's Escambia County early Friday morning. He is being held at the local county jail, according to Maj. Andrew Hobbs of the Escambia County Sheriff's Office.

Yazeed was wanted on a kidnapping charge in connection with the disappearance of Aniah Haley Blanchard, a 19-year-old student at Southern Union State Community College who was last seen Oct. 23 at a convenience store in downtown Auburn, Alabama. Investigators believe Blanchard is a victim of foul play.

Late Thursday night, the Escambia County Sheriff's Office received a call from the United States Marshals Service to assist in an arrest of the suspect on the Alabama-Florida line, according to Hobbs.

Yazeed was driving along an interstate highway from Alabama into Florida and tried to flee the officers attempting to arrest him. He was ultimately apprehended in the Pensacola area of northeast Florida, just 3 miles from the border with Alabama, Hobbs said.

Earlier Thursday, the Auburn Police Division in Alabama named Yazeed a suspect in Blanchard's disappearance and obtained a warrant for his arrest for the charge of kidnapping. At the time, Yazeed was out on bond for the charges of kidnapping and attempted murder from another jurisdiction in a separate case. Police said he should be considered "dangerous and potentially armed."

Authorities released images of Yazeed showing him inside the Auburn convenience store at the time Blanchard was last seen there.

"Further investigation and analysis of evidence has determined that Yazeed was at the same location Blanchard was last seen and is involved in taking Aniah against her will," the Auburn Police Division said in a statement Thursday. "Additional charges and/or arrests are anticipated."

Blanchard, who is the stepdaughter of mixed martial arts competitor Walt Harris, last communicated with a friend on Oct. 23, just before midnight. Blanchard's family reported her missing the following day.

"We need her back; we have to have her back," her mother, Angela Haley-Harris, told ABC News in an interview on Wednesday. "We can't live without her, we can't."

Blanchard's vehicle, a black 2017 Honda CRV, was found abandoned near an apartment complex in Montgomery on Oct. 25. It had damage to the front left tire area, which is believed to have occurred between the time she was last seen and when the vehicle was found.

Investigators later discovered evidence in the vehicle that indicates Blanchard "was harmed and is considered to be a victim of foul play," according to the Auburn Police Division.