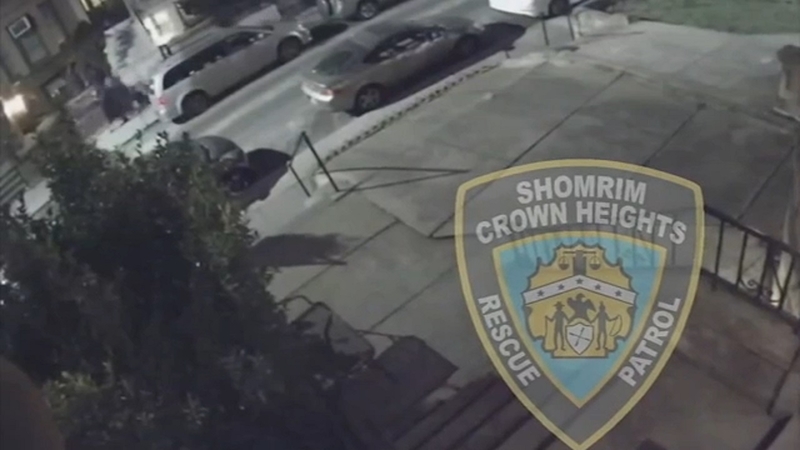 Governor Andrew Cuomo is now calling for a hate crime investigation, Mayor Bill de Blasio is calling for an end to the violence, and an anti-discrimination group is offering a reward for a suspect.

The most recent attack was captured on surveillance video Tuesday night in the Crown Heights neighborhood of Brooklyn. A 56-year-old man reported walking down Union Street just after 5 p.m. when a group of at least four men came up from behind him and one struck him in the back of the head with a closed fist.

People who live nearby are concerned.

"I'm worried when my kids are out on the street," said Yossi Berkowitz, a resident. "I'm always telling them to look over their shoulder and to be aware of their surroundings, and if they see large groups they should cross the street."

Another attack happened Monday on East 41st Street in Midtown. Police arrested a man from Miami who is accused of making anti-Semitic remarks and punching a 65-year-old man in the face, then kicking him while he was down.

Police say two other incidents involved two children who were assaulted in Williamsburg and a man in Crown Heights who shouted anti-Semitic slurs at a man on Kingston Avenue.

In a tweet Wednesday night, Mayor Bill de Blasio said, "It's not enough to condemn anti-Semitism - we have to confront it." It went on to state, "The despicable crimes committed against our Jewish community over the last 24 hours are an attack on ALL New Yorkers."

It’s not enough to condemn anti-Semitism — we have to confront it.

The despicable crimes committed against our Jewish community over the last 24 hours are an attack on ALL New Yorkers.

The NYPD is actively investigating all of them and will bring the perpetrators to justice.

The crimes come during what is supposed to be a time of peace for the holidays, and less than two weeks after the targeted attack and deadly shootout at a kosher deli in Jersey City.

Eyewitness News has found there has been a 53% increase in anti-Semitic hate crimes in New York City this year compared to the same time last year.

The Anti-Defamation League is offering a $10,000 reward in the case caught on camera for any information that leads to an arrest.