'They know where she is': Family pleads for info in woman's 1985 disappearance 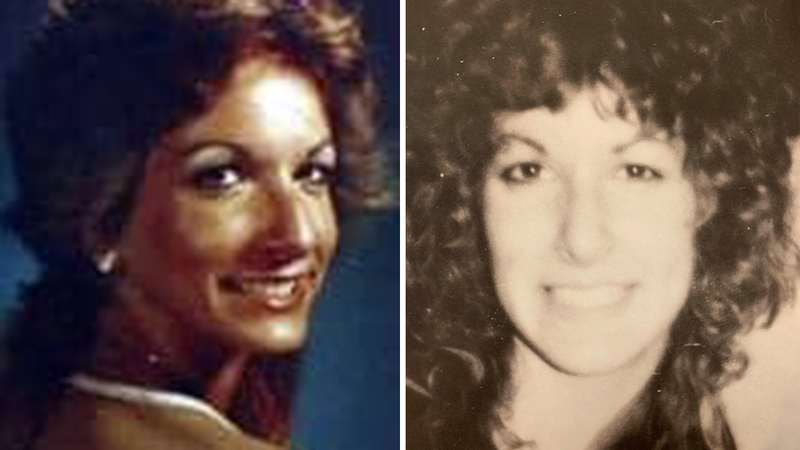 NORWALK, Connecticut (WABC) -- Police in Connecticut are renewing their call for information in a 1985 cold case in which a woman went missing after leaving a bar.

Earlier that night, the 20-year-old had been involved in an argument with her ex-boyfriend, James "Purple" Aaron.

As Grisanti was leaving the bar at 12:15 a.m., Aaron forced her into his vehicle and drove off northbound on Main Street.

She was never seen again.

"I just want her home," sister Gina Grisanti said. "Everybody wants her home."

Aaron was arrested by Norwalk Police on February 10, 1985, and pleaded guilty to kidnapping. He told police April had stormed off, and without a body, there would be no murder charge.

"My sister saw the good in everybody," Gina Grisanti said. "She was young, naive, and she never wanted to believe there was bad in people."

He was incarcerated until his release in December of 1991 and he died in 2015 -- never having admitted involvement in April's death.

"He was supposed to do 14 years, he got out in five," Gina Grisanti said. "After that, once they got him in for kidnapping, they (wiped their hands clean)."

The family has grown frustrated with the police handling of the cold case and believe there are several people who know what happened that night.

"Just tell me, tell me where she is," Gina Grisanti said. "I can't arrest you. I don't even have to know who you are. Do it anonymously."

Gina Grisanti was recently alerted to an online post that seems to threaten anyone who talks to police.

"They know," she said. "I mean, they know where she is and they're not talking."

Norwalk police are asking anyone with any information pertaining to her disappearance to contact Detective Daniel Serio of the Cold Case Unit at 203-854-3188.

Information may also be anonymously provided on the Norwalk Police Department's Telephone Tipline at 203-854-3111.

Anonymous Internet Tips can be sent via the Norwalk Police website at Norwalkpd.com.

Anonymous TEXT tips can be submitted to TIP411 (847411) by typing NORWALKPD into the text field followed by the tip.