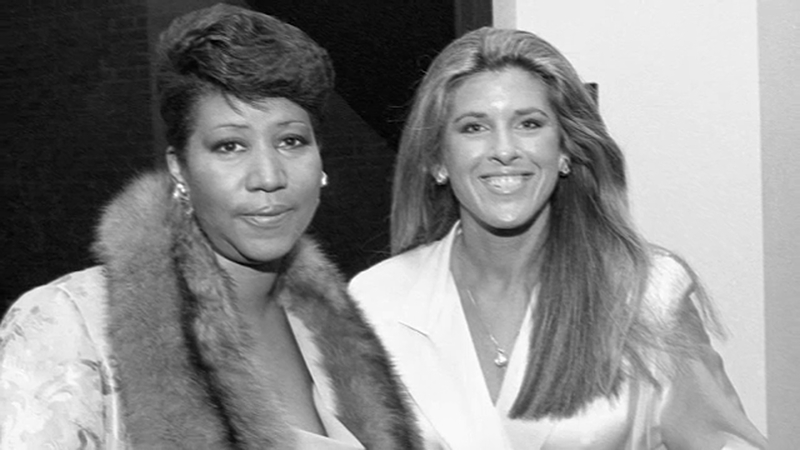 NEW YORK (WABC) -- Aretha Franklin may be gone, but her legacy looms so large that she will never be forgotten.

Plenty of people listen to her remarkable music, and now, a new book introduces us the woman behind the work.

Franklin was known around the world as "The Queen of Soul," but photojournalist Linda Solomon wants us to know "The Queen Next Door."

Solomon became a friend to Franklin after spotting her at a local grocery store.

"She wasn't a diva," she said. "She did her own grocery shopping. In fact, I was shopping at the local store where we live in Detriot, and I saw Aretha, and then when I checked out, I said to the cashier, 'You know, Aretha is in the produce aisle.' The cashier looked at me, she said, 'She's here all the time.'"

She says her love for the star started as a kid when she first heard "Respect" on the radio -- and respect is what their relationship was all about.

Franklin moved back home to Detroit in the 1980s to be with her family, while Solomon had a column in The Detroit News and decided to track down the star after she appeared on a local talk show.

"So I went down to the studio, and I waited for her to arrive," Solomon said. "She walked out of her limo, and I said, 'Ms. Franklin, thank you so much for coming home.'"

Despite her stardom, Franklin wasn't leaving Detroit, so anyone who wanted to perform with her needed to fly out from Los Angeles or New York.

"In fact, she said that was the happiest time of her life, when she could perform with her sisters on stage," she said.

Toward the end of her life, before her final illness, Franklin became intrigued by Facebook and even joined the social media site using an alias. Solomon was one of only a few dozen people the star friended. Today, the official Aretha Franklin Facebook page has 2.4 million likes.