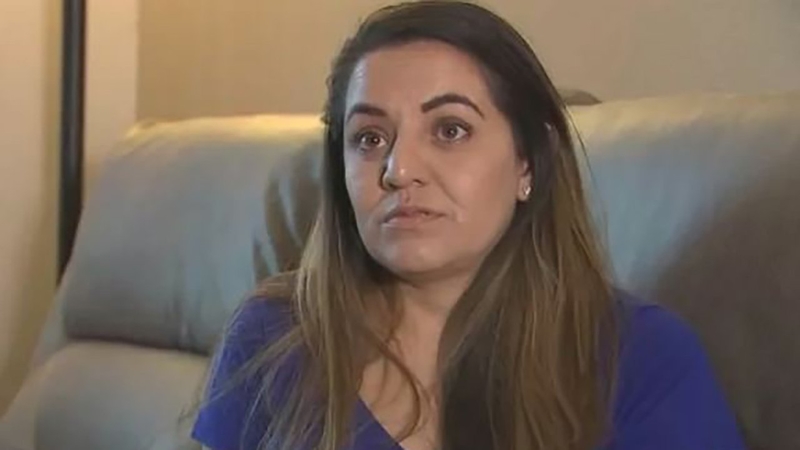 ARIZONA (WABC) -- A mother in Arizona is speaking out against a Walgreens pharmacist who she says refused to give her prescription medication for her miscarriage.

Nicole Arteaga, 35, said her doctor prescribed her a drug to help miscarry her dead fetus after learning the unborn child no longer had a heartbeat.

She says the pharmacist refused her the medication because it violated his personal beliefs.

"He was not compassionate at all," she said. "It was pretty much like, no, I'm not giving it to you."

She said the pharmacist refused to fill the prescription with other customers within earshot, and she left the location in tears with her 7-year-old child by her side.

Arteaga said her prescription was transferred to another Walgreens location, where she was able to pick it up without a problem.

Walgreens says it's investigating the incident and released the following statement:

"After learning what happened, we reached out to the patient and apologized for how the situation was handled. To respect the sincerely held beliefs of our pharmacists while at the same time meeting the needs of our patients, our policy allows pharmacists to step away from filling a prescription for which they have a moral objection. At the same time, they are also required to refer the prescription to another pharmacist or manager on duty to meet the patient's needs in a timely manner. We are looking into the matter to ensure that our patients' needs are handled properly."

Arteaga filed a complaint with the Arizona State Board of Pharmacy, which will also investigate.

Kam Gandhi, executive director at the board, said that the agency hasn't talked to Arteaga or the pharmacist yet but will aim to do a full investigation before the board's next meeting in August.

"Obviously it's a sensitive matter, and we have to approach it delicately," he said. "If we get everything in order, we'll present it at the August meeting."
Arizona is one of six states that permit pharmacists to refuse to fill prescriptions on moral or religious grounds without requiring a referral or transfer of the prescription, according to the National Women's Law Center. The law specifically mentions abortion medication or emergency contraception and says medical professionals like pharmacists must state their objection in writing.