Gunmen wanted in string of armed robberies in Williamsburg 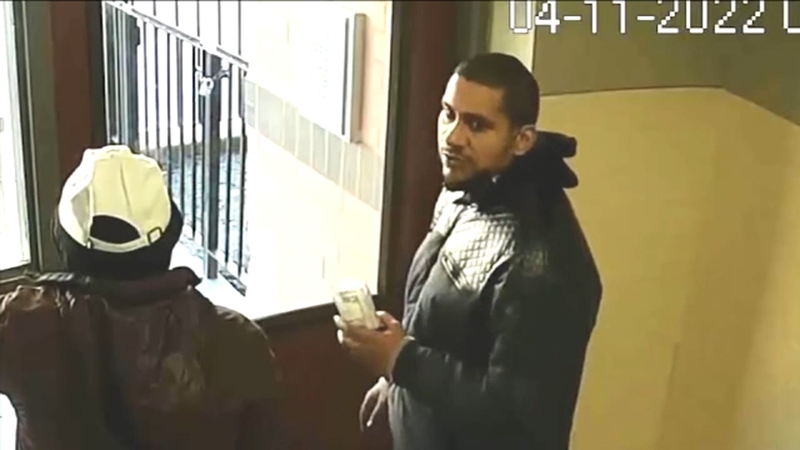 Search for people wanted in string of Brooklyn robberies

WILLIAMSBURG, Brooklyn (WABC) -- Police are searching for the people behind a string of robberies in Brooklyn.

Investigators say the robberies happened in Williamsburg in April.

The first incident happened on Friday, April 1, just after midnight in front of 18 Graham Avenue.

Two people approached a 35-year-old man and demanded money from him at gunpoint. They got away with $20 in cash.

They demanded cash from him in Spanish at gunpoint and got away with two cell phones.

Just three days later, at around 5:30 a.m., three people confronted a 36-year-old man on Borinquen Place at gunpoint. They stole $40 in cash, a cell phone, and a debit card before taking off.

The most recent incident took place on Friday, April 22 at 1:10 a.m. Two people approached a 39-year-old man near Rodney Street and South 3rd Street. They went through the victim's pockets and backpack at gunpoint. They got away with $400 in cash, AirPods, and a cell phone.

No one was injured in the robberies.

Ideas from "The Great Replacement Theory" filled a racist screed supposedly posted by Payton Gendron, the teen accused of killing 10 in Buffalo.