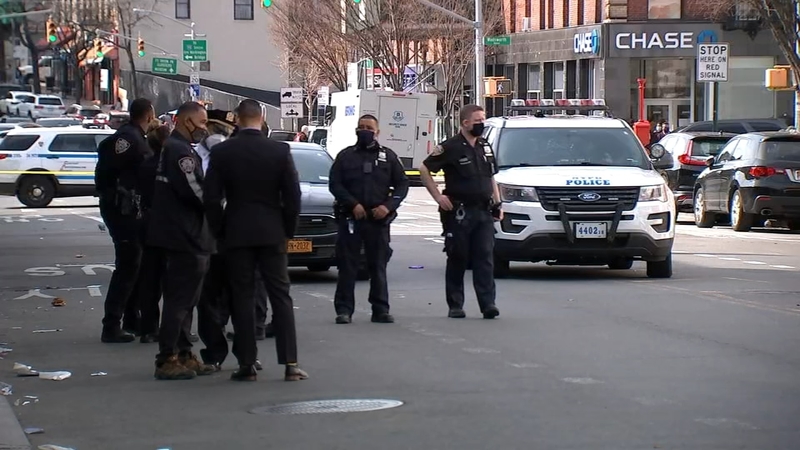 WASHINGTON HEIGHTS, Manhattan (WABC) -- A man has been arrested in the stabbing death of a 17-year-old in Manhattan.

Mike Kushnir has been arrested & charged with murder for the March 27th stabbing of a 17-year-old in #wahi.

Outstanding work by the @NYPD34Pct Detectives — they worked relentlessly on this investigation to find just for the victim.https://t.co/OvBk9cwSJZ pic.twitter.com/kgyYB417Pm

The teenager was stabbed at the intersection of 181st Street and St. Nicholas Avenue just after 2 p.m. March 27.

He flagged down EMS at the scene to tell them he was injured. He was bleeding profusely and was immediately taken to Columbia-Presbyterian Hospital, where he later died.

He was identified the next day as Gerardo Rivas.

Officers cordoned off the scene as they spoke to street vendors and other possible witnesses.

"This is happening everywhere today, it's so sad. It's unfortunate these kids don't know where their head is going. It's happening too often today. It's a shame, it really is," Frank Martinez, Jr. said.

The circumstances surrounding the stabbing are unknown.

The death of popular rapper DMX, whose real name is Earl Simmons, shocked the world Friday as many took to social media to express their grief and support.