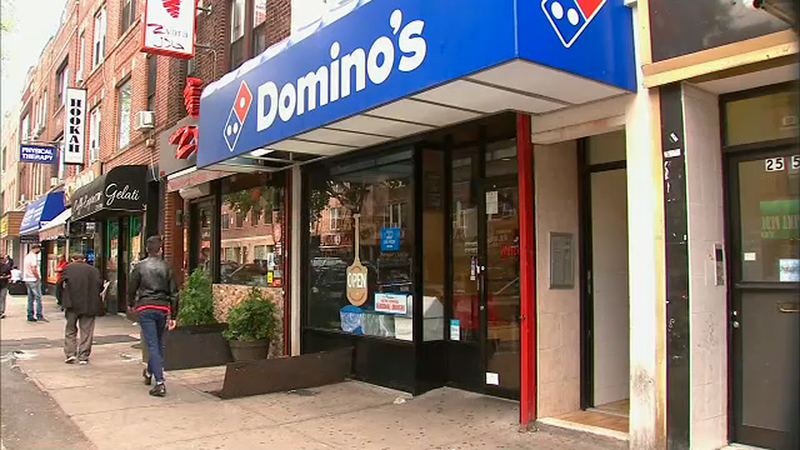 ASTORIA, Queens (WABC) -- Police are investigating after a decomposing body was found in an apartment in Queens.

Authorities say 28-year-old Dhuha Sabaa, of Turkey, was discovered dead on the second floor apartment over a Domino's pizzeria on Steinway Street in Astoria on Thursday.

Police were called for a smell of a foul odor just before 1:30 p.m., and officers had to force entry before finding the body with lacerations to her chest.

Sabaa was pronounced dead at the scene.

Investigators believe she was stabbed in the torso, and the death was classified as a homicide.

Business owners on Steinway say they knew Sabaa because after moving from Jackson Heights about a month ago, she worked at several businesses but never stuck around long -- sometimes for just a day.

She worked mostly doing cleaning, including at the 99 Cent Store. The owner said she worked there for half a day, didn't like it and never returned.

"She's very nice and very quiet," business owner Ghanima Ejallay said. "She's quiet girl, doesn't talk with anyone, only goes out to smoke cigarette, that's all. I never saw her with friends, only with one man, old man."

At the restaurant across the street, she was training to be a waitress -- but that too didn't work out.

"Because of her depression and medication she was taking, she was forgetting everything," business owner Mohammad Mohammad said. "So if you tell her to do something, after five minutes, she forget and I have to tell her again. But for me, it wasn't that, you know? For me, it was I wanted to help her to be with somebody, not to be by herself."

Those who knew her said she was having trouble making ends meet. Her parents migrated from Iraq to Turkey, and she was reportedly trying to bring them over.

"Like a day before or two days before she's coming to me and asked for food," said food vendor Ferid Sabeu. "I gave her food. She told me I don't have money to pay. I tell her it's no problem. When you have money you pay it to me."