The FedEx driver accused of abducting and killing Athena Strand told authorities that he strangled her because she was going to tell her father about being hit by the driver's vehicle.

Maitlyn Gandy called for stricter screening policies for delivery drivers at a news conference, CNN reported. On an easel beside her was the package, a box of "You can be anything" Barbie dolls. It was the first time she'd seen the present, she said.

"Athena was robbed the opportunity to be anything she wanted to be," a tearful Gandy said. "I was robbed of watching her grow up, by a man that everyone was supposed to be able to trust to do just one simple task -- deliver a Christmas present and leave."

Athena disappeared from the driveway of her home in Wise County, Texas on November 30. After a county-wide search, her body was recovered Friday evening, according to Wise County Sheriff Lane Akin. Authorities believe she was killed within an hour of her alleged kidnapping, but her cause of death is still under investigation, Akin said Friday.

The suspect, identified by authorities as a contract driver for FedEx, is 31-year-old Tanner Lynn Horner, Akin said. He allegedly delivered a package to Athena's father's home when she disappeared, authorities said.

Horner is being held in Wise County jail on capital murder and aggravated kidnapping charges, according to its website. Bond was set at $1.5 million, Akin said. CNN has repeatedly tried to locate an attorney for Horner, to no avail.

Horner allegedly told authorities that he strangled her after accidentally hitting her with his van while making a delivery at her home, according to an arrest warrant.

Investigators said he told them that Strand wasn't seriously hurt after he hit her while backing up, but he panicked and put her in his van. He said she was talking to him and told him her name, the affidavit said.

Horner also told police during the interview that he strangled Athena because she was going to tell her father about being hit by the FedEx truck, according to the warrant.

Gandy said her goal is to affect change in hiring policies "so that monsters wearing delivery uniforms don't show up on our children's doorsteps."

Her attorney Benson Varghese said he is still in the "investigation phase" of Athena's case. Varghese said his office has put people they "think might be responsible" on notice, asking them to preserve any evidence related to the investigation.

Varghese said he plans to hold any person or corporation accountable "whose actions or inactions could have prevented this little girl's tragic death," but said he is not in a rush to file a lawsuit.

"The ultimate goal here is to ensure that no parent, or grandparent, or family member feels the loss that Maitlyn's going through right now," Varghese said.

In a statement to CNN last week, FedEx expressed its sympathies and directed further questions to law enforcement.

"Words cannot describe our shock and sorrow at the reports surrounding this tragic event. First and foremost, our thoughts are with the family during this most difficult time, and we continue to cooperate fully with the investigating authorities," the statement reads.

Gandy, who appeared at Thursday's news conference sporting bright pink hair, said she was grateful for the community's outpouring of love and support.

"I have felt your prayers, I have read your messages and your letters and I see your pink everywhere." 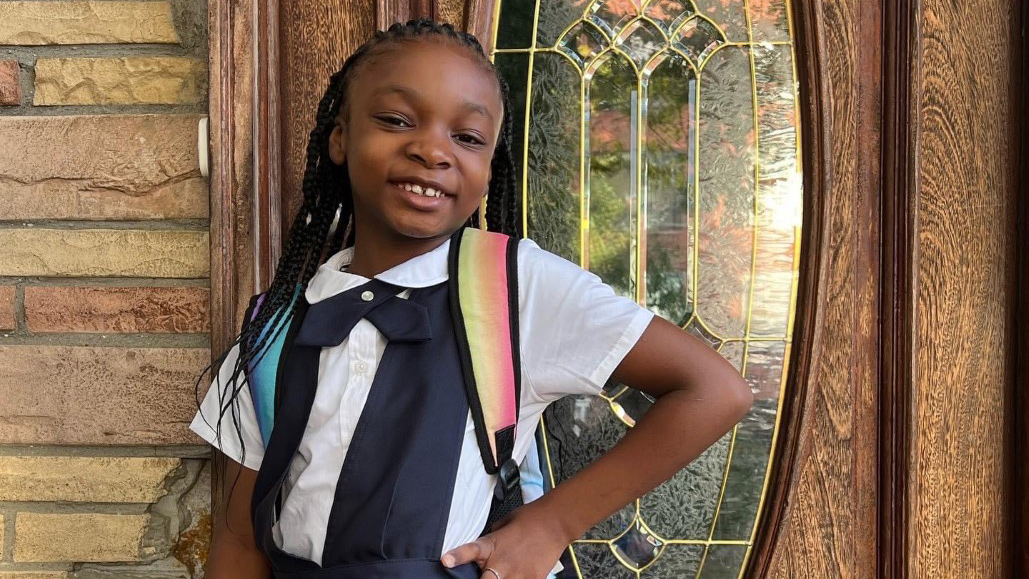