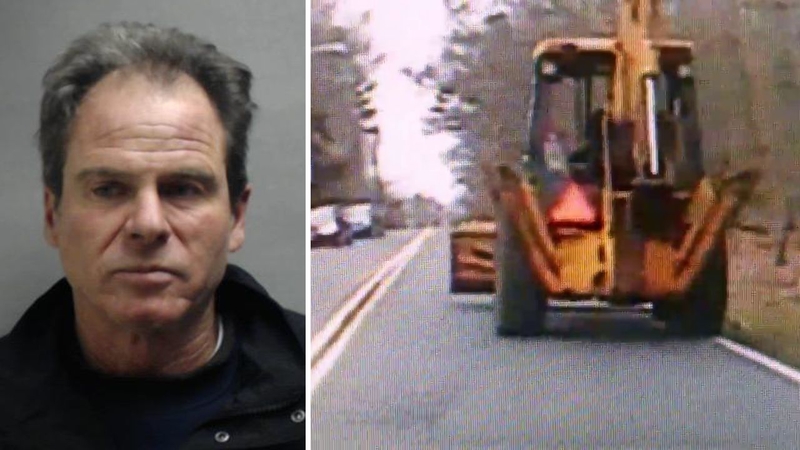 SOUTH BRUNSWICK, New Jersey (WABC) -- A man is accused of driving a backhoe while intoxicated in New Jersey this week.

South Brunswick police said they got calls about a man drinking beer and swerving all over the road while driving a backhoe on New Road Tuesday afternoon.

As the officer approached, he said he saw the driver drift back and forth in the lane - and even off the road into the shoulder. So the officer pulled the backhoe driver over.

The officer said the backhoe driver, identified as 56-year-old William Campbell of Franklin Park, had alcohol on his breath, and had a bottle of Jack Daniels and vodka on him.


Police said Campbell admitted that he didn't have a valid driver's license. The officer had Campbell perform sobriety tests, and then arrested him.

Campbell is facing charges of driving while intoxicated, careless driving, failing to maintain a lane and having an open alcohol container.