NJ Burkett reports on the potential balloon ban in one town on Long Island.

HEMPSTEAD, Long Island (WABC) -- On Long Island, one town is calling for a ban on intentional balloon releases.

Hempstead officials and environmentalists say that even so-called "biodegradable" balloons made of natural latex balloons take several years to decompose.

"We live on an island, the Town of Hempstead is a coastal community and the majority of the balloons that are released end up in our surface waters and on our beaches," said Laura Gillen, Town of Hempstead Supervisor.

Environmentalists found the process takes too long and wreaks havoc on the wildlife that ingests them along the South Shore.

"The bottom line is balloons don't go to heaven, but they sure send wildlife there prematurely," said Adrienne Esposito, Executive Director of Citizens Campaign for the Environment.

The town joins several other municipalities and states throughout the U.S. calling for the ban.

Helium-filled balloons are often released at weddings, birthdays, and memorials. The officials at the event in Hempstead said blowing bubbles at gatherings would be a much more environmentally friendly way to commemorate an event.

A hearing on the proposal will be held in Hempstead Town Hall on October 2nd. 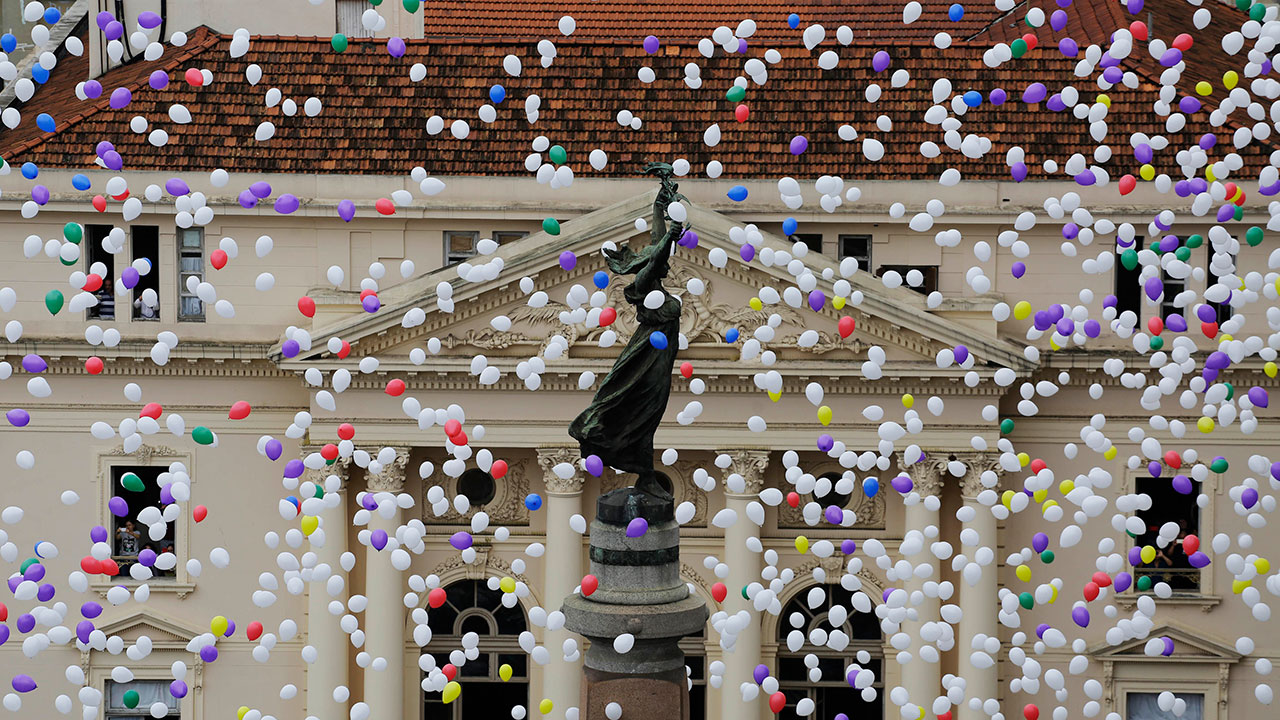