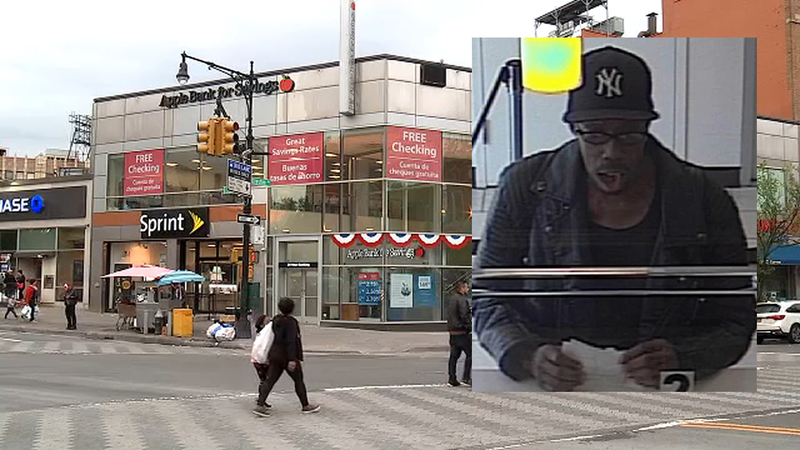 NEW YORK (WABC) -- Authorities are searching for a serial bank robber who is accused of a new holdup after being released from prison.

Witnesses say Frierson approached the teller window and handed an employee a note that stated he wanted money, and that he was armed. No one was injured.

At the time of his spree he was dubbed the "Broadway Bandit" because five of the seven banks he hit were on the famous street.

Frierson is 49-years-old, medium build, about 6' tall, with a scar on his forehead and on his right arm.