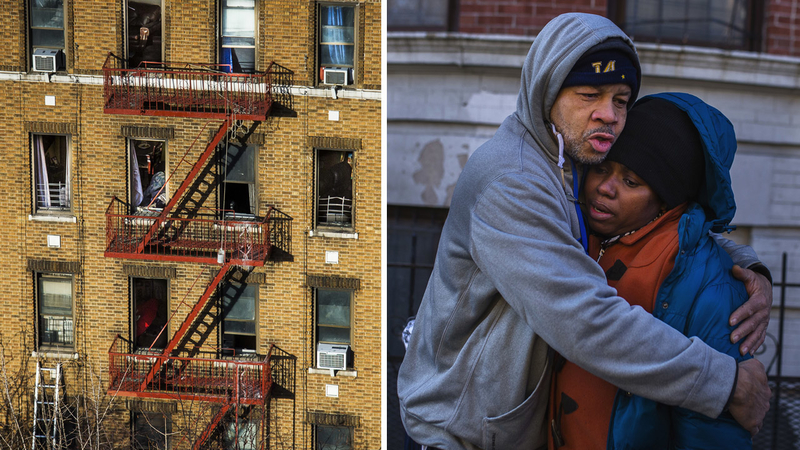 The NYPD's 48th Precinct held a vigil at 2363 Prospect Avenue in the Belmont section to remember the baby, toddler, child, two teenagers and eight adults who died when a fast-moving fire tore through a nearby five-story apartment on December 28, 2017.


New York City officials said it appears a young child playing with a stove caused the fire. The child's mother escaped the apartment with her kids but left the front door open, which acted like a chimney and allowed the fire to quickly travel up the stairs.

Among the victims were four family members and a soldier who died saving building residents. Emmanuel Mensah initially escaped the deadly fire but reentered the burning building at least three times to rescue others.

Josefina Fermin, the super next door says that a year later she is still numb. She knew all the victims from the fire - all 13 of them. She went to some of their graduations, and she went to their funerals. She watched some of them grow up, and for 30 years, she saw them every day.

"I cry every day when I clean," Fermin says.