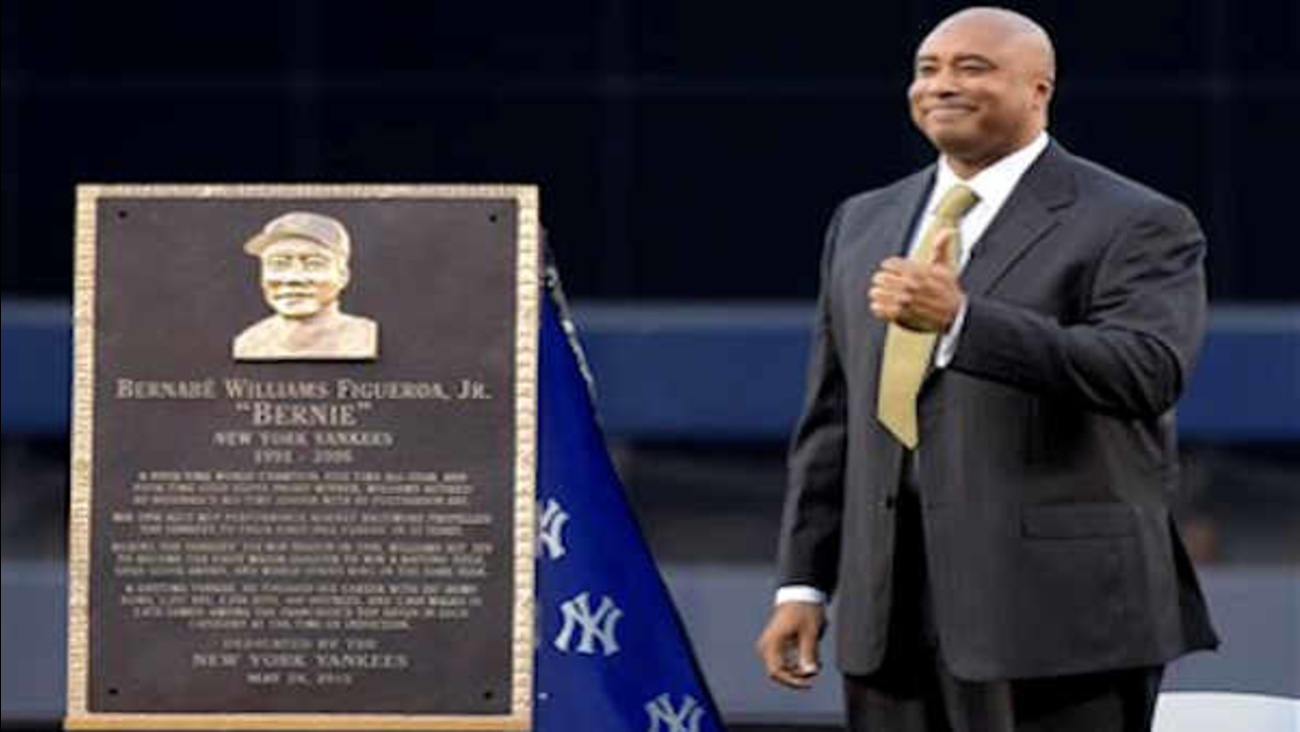 BRONX (WABC) -- Bernie Williams, who officially retired from baseball earlier this season, was honored Sunday night with his number 51 retired, and a plaque going into Monument Park.

The ceremony took place before the game against the Texas Rangers.

Derek Jeter also made his first public appearance at Yankee Stadium since retiring to help celebrate the retirement of Williams' No. 51.

Jeter was introduced after former teammates Andy Pettitte, Jorge Posada and Mariano Rivera on Sunday night, earning a standing ovation from fans prior to the game against Texas.

The quintet led the Yankees to four World Series titles in a five-year span from 1996-00. After Williams retired, the Core Four won another championship in 2009.