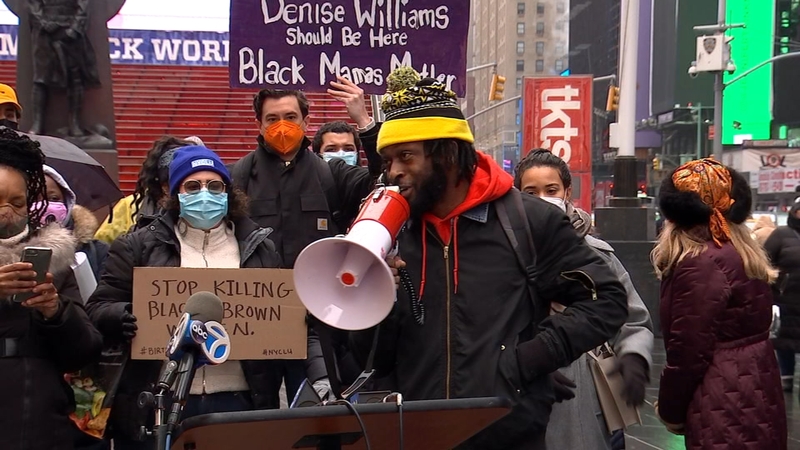 NEW YORK CITY (WABC) -- In honor of Black History Month, advocates are continuing to shine a spotlight on the inequality in healthcare amongst Black and white women and now the new push to address the disparities.

New legislation in New York City is being introduced to help make sure Black and Brown women get the equitable health care they deserve.

Isaac, a Bronx native, was only 26 years old when she died during an emergency C-section in 2020.

In honor of Black History Month, visit the Queens home of one of the world's most renowned jazz musicians and entertainers: Louis Armstrong. Lauren Glassberg has the story.

"I am tired of this assembly line model of care, where women are being passed down to anyone," Mcintyre said. "That's how Amber died."

Birth equity was the focus of a Times Square rally Monday afternoon. when Public Advocate Jumaane Williams joined by families who sadly share the tragic outcome of a young Black or Latino mother who died due to pregnancy complications.

Williams has introduced a comprehensive maternal health legislative package. The first bill would establish a bill of rights requiring a number of city agencies to create a public education campaign.

The second bill would require employers to meet with parents and bring them up to speed before returning to work, and Williams introduced a resolution to encourage Congress to fund Black maternal health research.

One of the most violent events ever involving Black New Yorkers happened nearly 160 years ago during the Civil War. Anthony Johnson has the full story.

Williams also discussed the many challenges he and his wife have been going through, awaiting the birth of their child any day now.

"As my baby girl comes into the world, we have to make sure we address this issue before it's her time," he said.