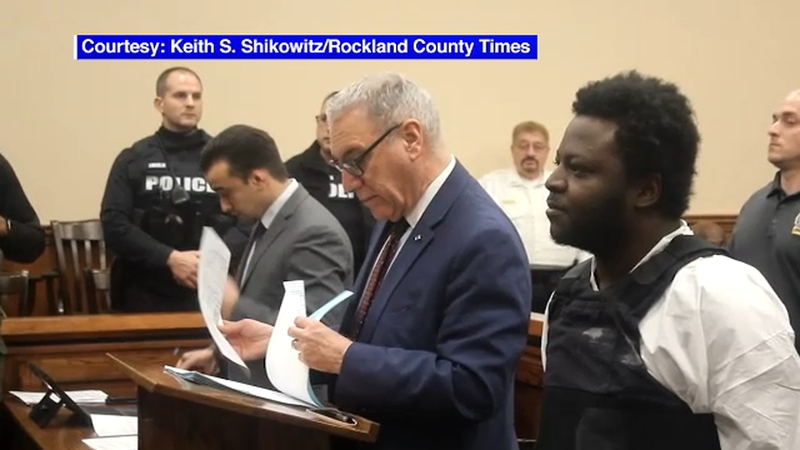 SPRING VALLEY, New York (WABC) -- The man accused of stabbing a security guard to death in a New York library earlier this week also tried to rape a woman at a hospital last year, officials say.

A 25-year-old regular at the library, Blanchard Glaudin, was arrested and charged with murder in connection to her death.

Authorities announced Thursday that a suspect by the name Glaudin Blanchard attempted to rape a woman while at Nyack Hospital on Nov. 9.

A bail reform activist says that attempted rape remains a bail-eligible charge under the new law.

Now District Attorney Thomas Walsh is ordering a full investigation, stressing he was not in office at the time this happened.