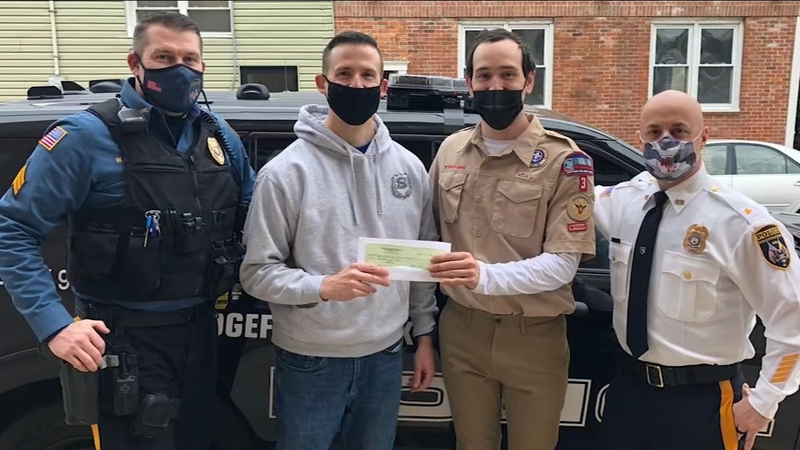 RIDGEFIELD PARK, New Jersey (WABC) -- A local police organization stepped up to help out a Boy Scouts troop after their leader allegedly stole thousands of dollars from them.

The officers banded together to raise money for local boy scouts who were ripped off by their troop leader.

"Their account went from a little over $11,000 to zero dollars and they didn't even have enough money to run a troop," Ridgefield Park Lt. Sgt. Robert Distasi.

The police chief made it possible for his cops to grow beards. The department is usually clean shaven, but since it helped a bunch of kids in town, the razor rule was put on the shelf.

CeFaan Kim interviews a man who will run 50 miles around New York City to raise awareness about heart disease.

"The beard challenge has been something to build comradery amongst the guys, we get to poke fun at each other a little bit and we see what we can do when we grow some facial hair," Officer Nicolas D'Alto said.

The boys in blue have grown whiskers in the past to support other charities, but this time they wanted to get the Boy Scouts back on their feet.
"My kids like it -- my wife on the other hand, not a big fan," Distasi said.


The fundraiser brought in over $5,500 for local charities, with $4,000 going to the boy scouts. It's a nice haul for the kids looking to recover from a harsh lesson about a leader who failed his troop.

"It's very disheartening to say the least, this is someone that they trusted to run their troop properly and to give these kids the experience to essentially grow into the men that Boy Scouts are known for," Distasi said.

Tuesday's guilty verdict of Derek Chauvin in the George Floyd murder trial was a step in the right direction, but many believe there is still more work to be done on police reform.