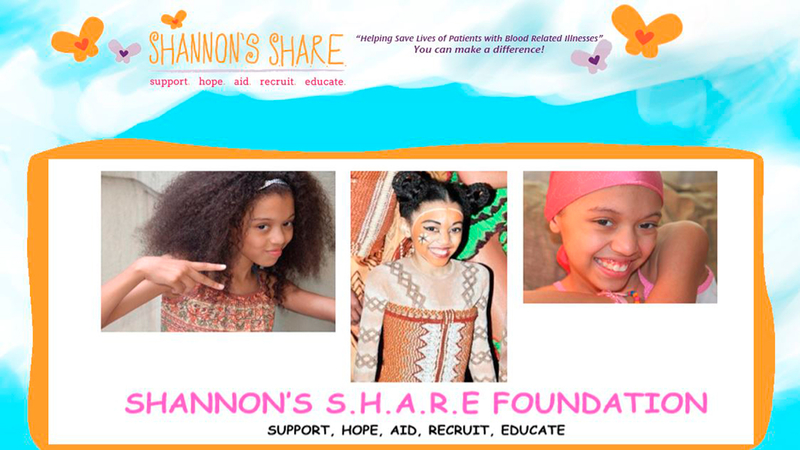 MIDTOWN, Manhattan (WABC) -- Broadway actors gathered at a health center in Midtown on Wednesday in hopes of saving lives.

They'll each get their cheek swabbed and join the registry of bone marrow donors, which was made possible through a partnership with Disney's 'The Lion King', Shannon's S.H.A.R.E. Foundation and others.

The non-profit organization was founded and honors 11-year-old Shannon Skye Tavares, who made her debut as Nala in 'The Lion King' in 2009.

Soon after, she was diagnosed with leukemia and was in need of a bone marrow transplant. Unfortunately, she did not find a match and in 2010 she died at the age of 11.

Her mother, Odiney Brown, then started the Shannon's S.H.A.R.E. Foundation that focuses on educating people about being donors.

Since 2010, they have signed up roughly 10,000 people and in the process saved many lives. Actress Chondra Profit-Ardrey is currently on Broadway in 'The Lion King' and was so inspired by Shannon, she did the swab and three years later was a match, and saved the life of a little boy in Brazil.

As Shannon's family found out, there is a shortage of minority and multiracial donors on the registry and now many organizations are dedicated to changing that.

If you would like to join the registry or get involved go to shannonsshare.org or DKMS.org