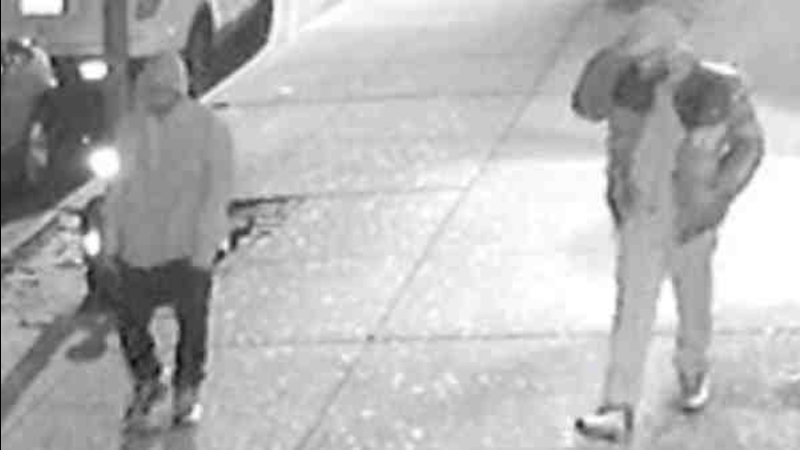 BRONX, New York (WABC) -- Police are looking for two men in the robbery of a bodega in the Bronx, who threatened workers and a customer inside with guns before running off with a sizable amount of cash.

Cameras captured one of the suspects walking down Bainbridge Avenue just before the robbery went down at the Express Deli.

With guns drawn the two suspects threatened the two workers inside, along with another customer using the ATM.

They demanded cash and everyone's cell phone in the store before they ran off with nearly $2,000 from the register.

Police are now reviewing surveillance footage from inside the store along with a glove left behind at the scene.

Full video of the robbery:

The two fled north on Bainbridge Avenue. They are described as black men with black hooded jackets and black pants, police said.