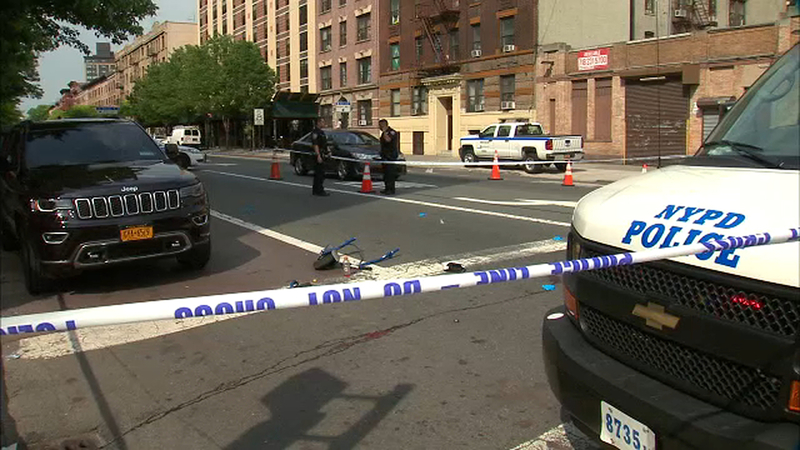 FORDHAM, Bronx (WABC) -- Police are investigating the death of a 7-year-old boy who was struck by an MTA bus in the Bronx on Saturday.

The boy has been identified as 7-year-old Shevon Bethea of Brooklyn.

He was riding a battery-powered motorized scooter when he was struck on East 184th St. and Webster Avenue in Fordham Heights around 3:30 p.m.

Shevon was taken to St. Barnabus Hospital where he was pronounced dead.

Police said the bus being driven by a 38-year-old man was headed south on Webster Avenue when it struck the boy. The bus driver remained at the scene.

Witnesses say the reason why the bus driver did not see the boy in time was because the 7-year-old came zooming down the sidewalk, down a hill and into the street.

Police confirm that the driver had the green light.

The sidewalk is tucked behind a building, so it created a blind spot for the bus driver, driving down Webster Avenue.

The bus came to a stop almost a block away from where it struck the boy. It is unclear where the child's parents were at the time of the accident.

"This is a tragic situation and our thoughts and prayers are with the family and friends of this young boy. We are working closely with police."