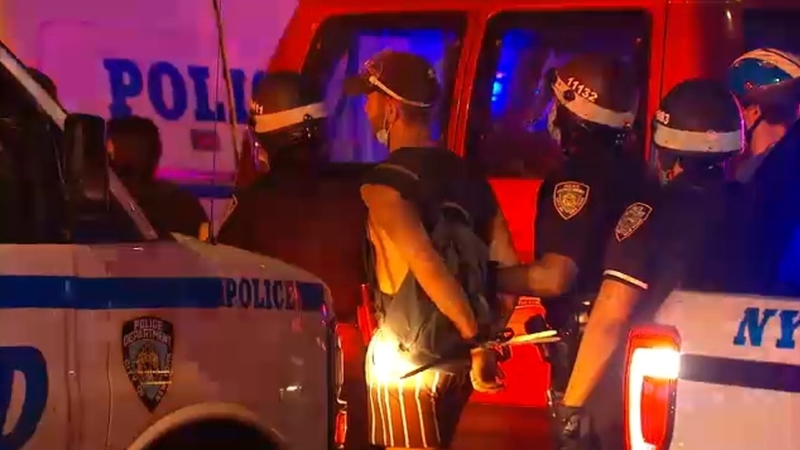 BRONX, New York (WABC) -- The Bronx District Attorney is filing a motion to dismiss more than 300 summonses issued following a protest in June.

Bronx District Attorney Darcel Clark made the announcement on Tuesday.

She says her office will file a motion to dismiss more than 300 summonses issued for disorderly conduct and violating a citywide curfew during a large protest in the Bronx on June 4.

The demonstration was one of many protests following the police killing of George Floyd in Minneapolis.

"I believe in and encourage our Bronx residents to raise their voices to protest social and racial injustice in a peaceful way," Clark said. "As the COVID-19 virus is still very much with us, and the courts are trying to limit in-person appearances, I believe it serves no purpose to summon hundreds of people to the courthouse for low-level violations."

Clark says that her office is moving forward with prosecutions of those charged with more serious offenses such as burglary, looting and assault related to protesting.